Deal is a historic little gem on the Kent coast not far from Margate and similar in its recent gentrification into a ‘destination’ holiday spot, but Deal has always had character. Just an hour and twenty minutes from Kings Cross, the town was mentioned in the Domesday book and has been an important seafaring town and port since the 13th Century. Henry VII built the castles of Walmer, Sandown and Deal to protect this stretch of the coastline from naval attack and the little town has been thriving ever since. It has an intriguing history, rich with tales of smuggling, secret tunnels and ‘fancy goods’ stashed in such well-hidden spots that they have only recently been discovered. Now the town is a pretty maze of pastel coloured Georgian townhouses, chic boutique shops and a seemingly endless beach, a vast expanse of shingle, sea and Deals own dramatic, Brutalist designed pier.

The town retains just about the right combination of British seaside kitsch (an amusement arcade, fish and chips, dusty antique shops and a 1970s style ice-cream parlour) to balance out the new and very stylish spots that are now attracting a different sort of seaside visitor. Need a US-style spa treatment? The Brooklyn Greenspa has that covered. Forget returning home with just a stick of rock, boutique shops like the Hoxton Store sells a cornucopia of stylish things you never knew you needed till you saw them. A new gallery cum home shop called Will & Yates is full of covetable home pieces such as botanic candles, locally sourced breadboards and vintage pottery and picture frames. There is a thriving art scene here too with galleries like the Don’t Walk gallery selling predominately the work of local artists which includes paintings by Jim Moir (also known as Vic Reeves) who lives in Deal.

Where to stay? The Rose pub has just reopened in June 2018 after an extensive make-over. Its new owners are two local families who have rejuvenated the Rose from its past as life as a run-down boozer, determined to restore it to its Victorian heyday. They even have a family connection to the pubs past; the new landlord is the great-grandson of the brewing company who once owned The Rose.

Downstairs, the restaurant and bar area is full of retro style furniture and reupholstered in chunky cord with art curated by Carl Freedman Gallery’s Counter Editions in nearby Margate (we spotted a Tracey Emin) lining the walls. Upstairs, the eight bedrooms are luxuriously fitted out with interiors that wouldn’t look out of place in an interior design magazine, using bold colour schemes and mid-century furniture. They also feature cleverly designed bathrooms with delicious smelling, organic toiletries from Norfolk based, British brand, Austin Austin.

Hungry? There are some really great restaurants, cafes and bars in Deal from the Michelin Guide mentioned Victuals & Co restaurant to the very French Le Pinardier wine bar and the Black Douglas Coffee shop, famed for its kedgeree. But on a blustery British day, you can’t beat the Rose’s restaurant for its inviting, cosy nooks and really wonderful food. The small, daily changing menu prides itself on using the best, locally sourced ingredients and even caters for vegans (another sure sign that London hipsters are already becoming regulars here). The menu has been designed by executive chef Rachel O’Sullivan, formerly of Soho’s Polpo and East London’s cult café, The Towpath. Dishes include a melt in the mouth grilled aubergine with feta, pine nuts and mint and a really hearty samphire, heritage tomatoes and white bean stew and they are fast becoming famous in the area for their Sunday roasts.

So, when all is said and done, what is the deal with Deal? We think it might just be the new British seaside destination of choice thanks to its quirky mix of quintessential English nostalgia and contemporary style. Just don’t tell anyone else so they all go to Margate or Brighton instead!

The Make team stayed at the Rose Hotel in Deal. 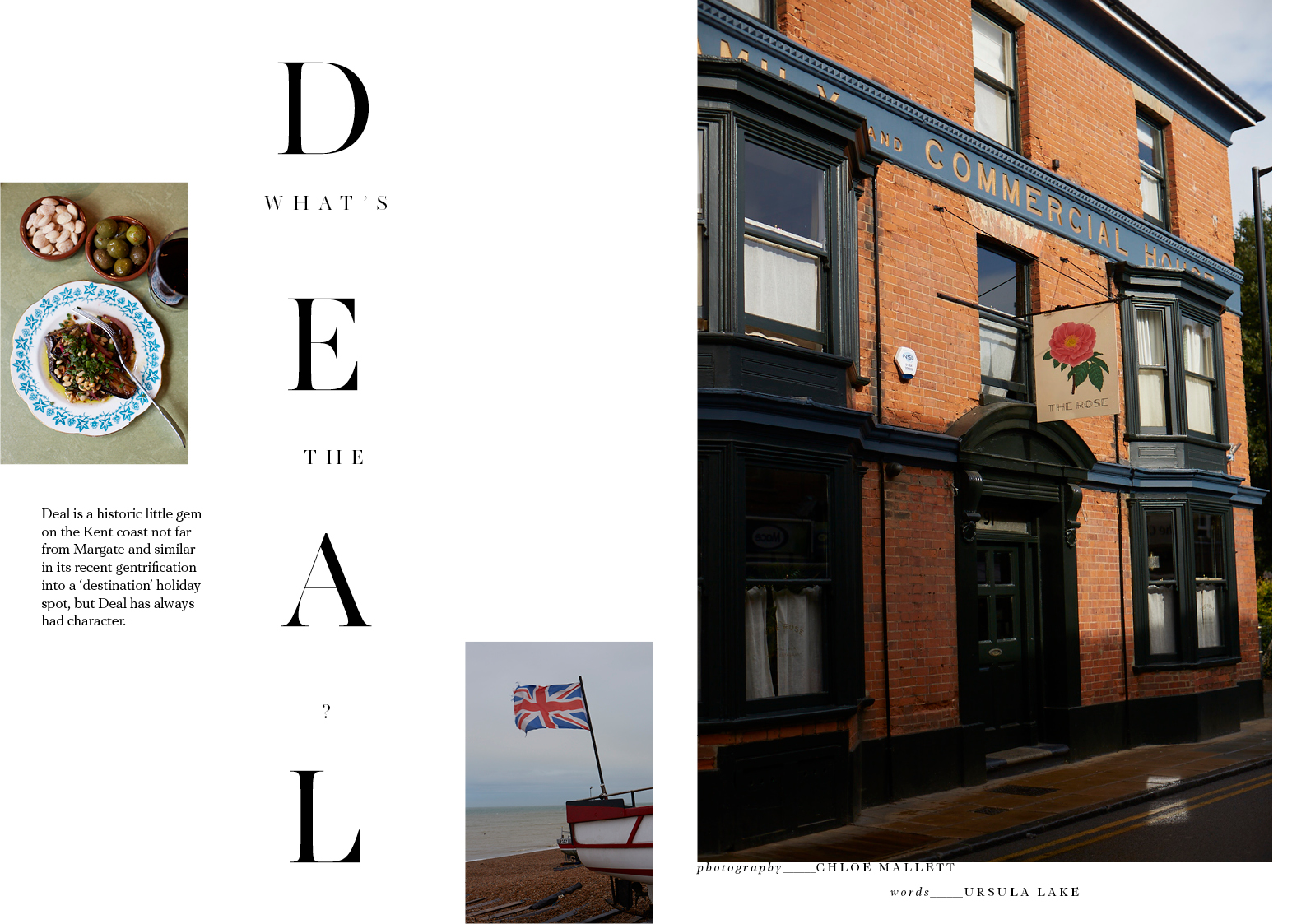 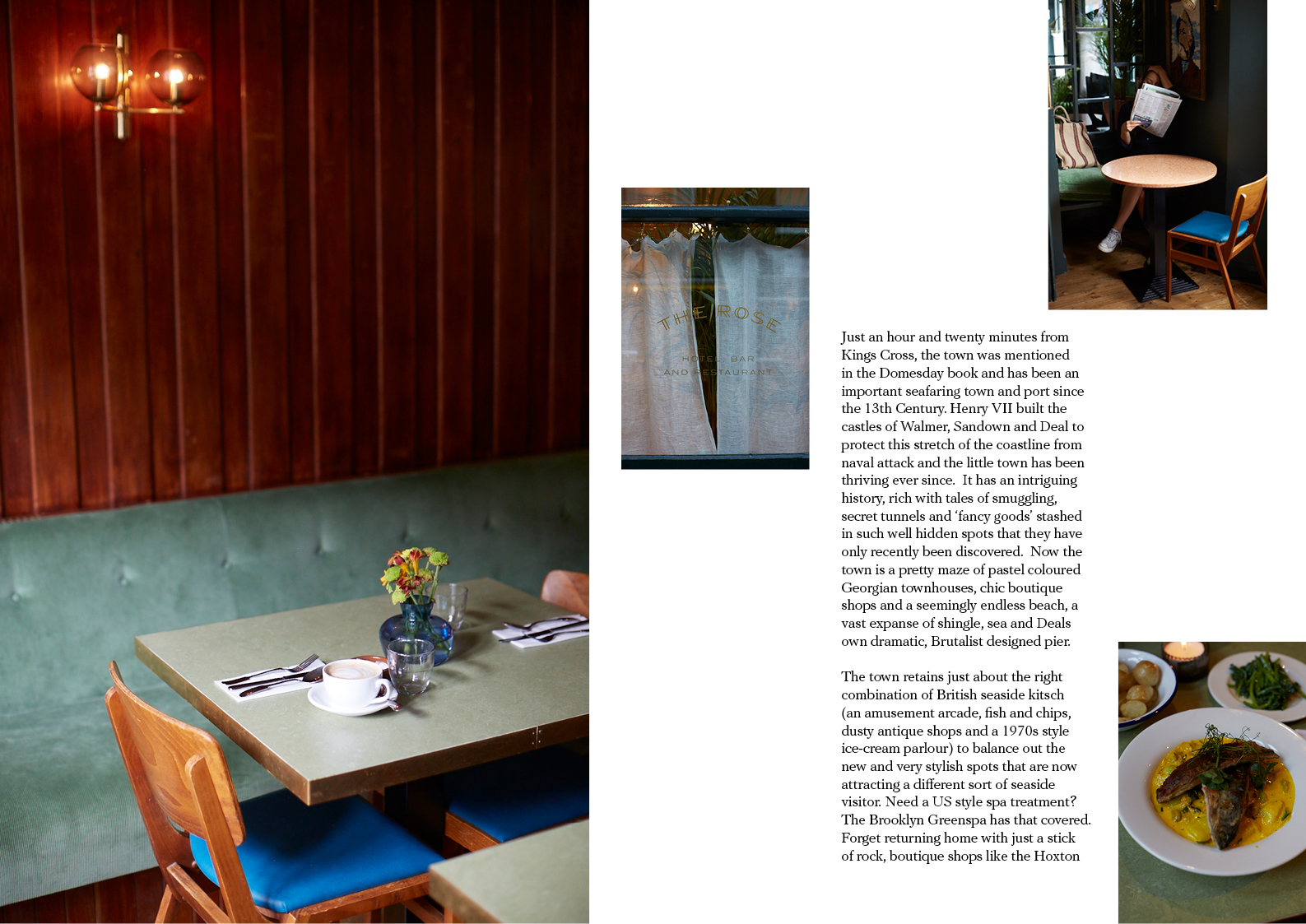 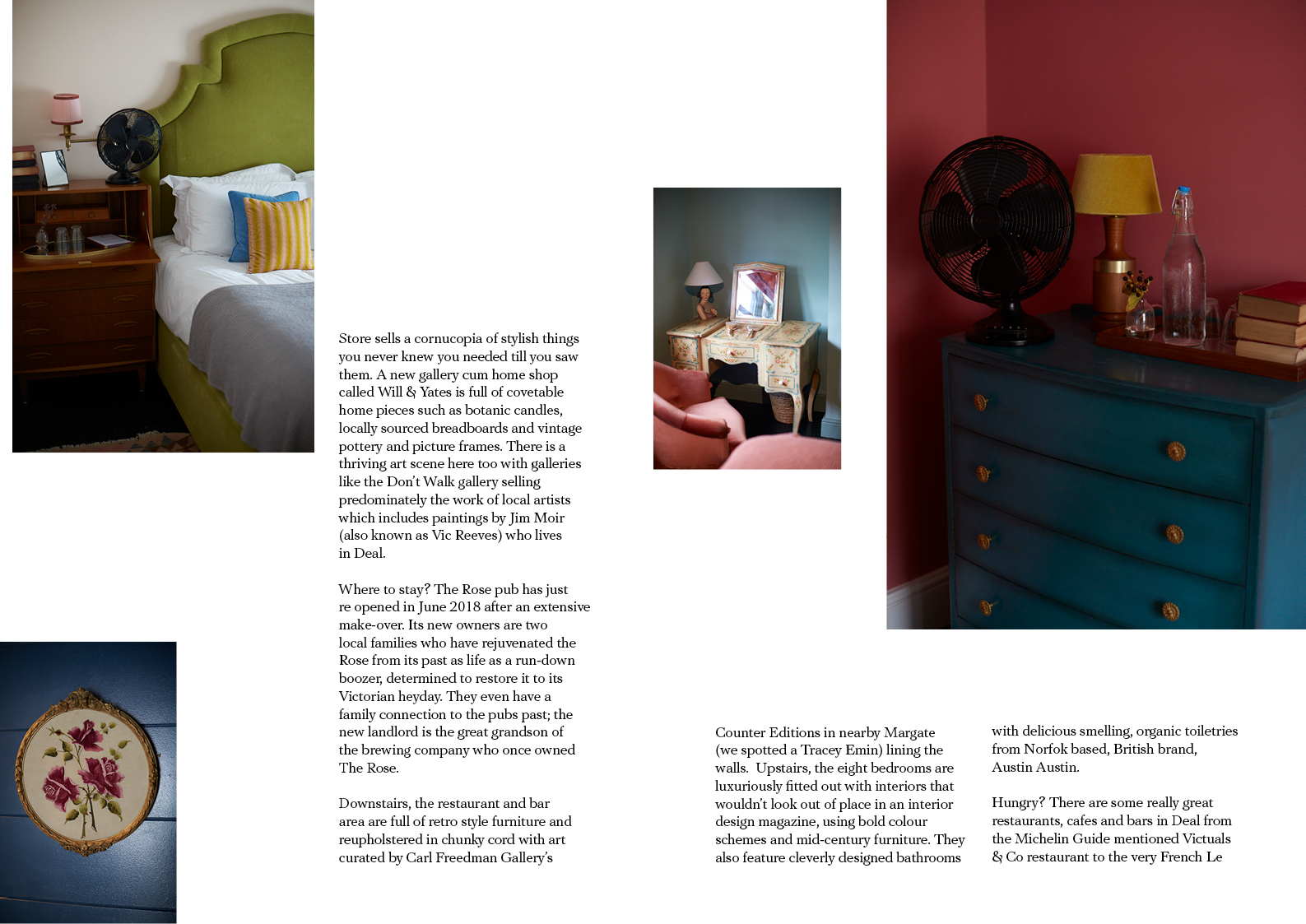 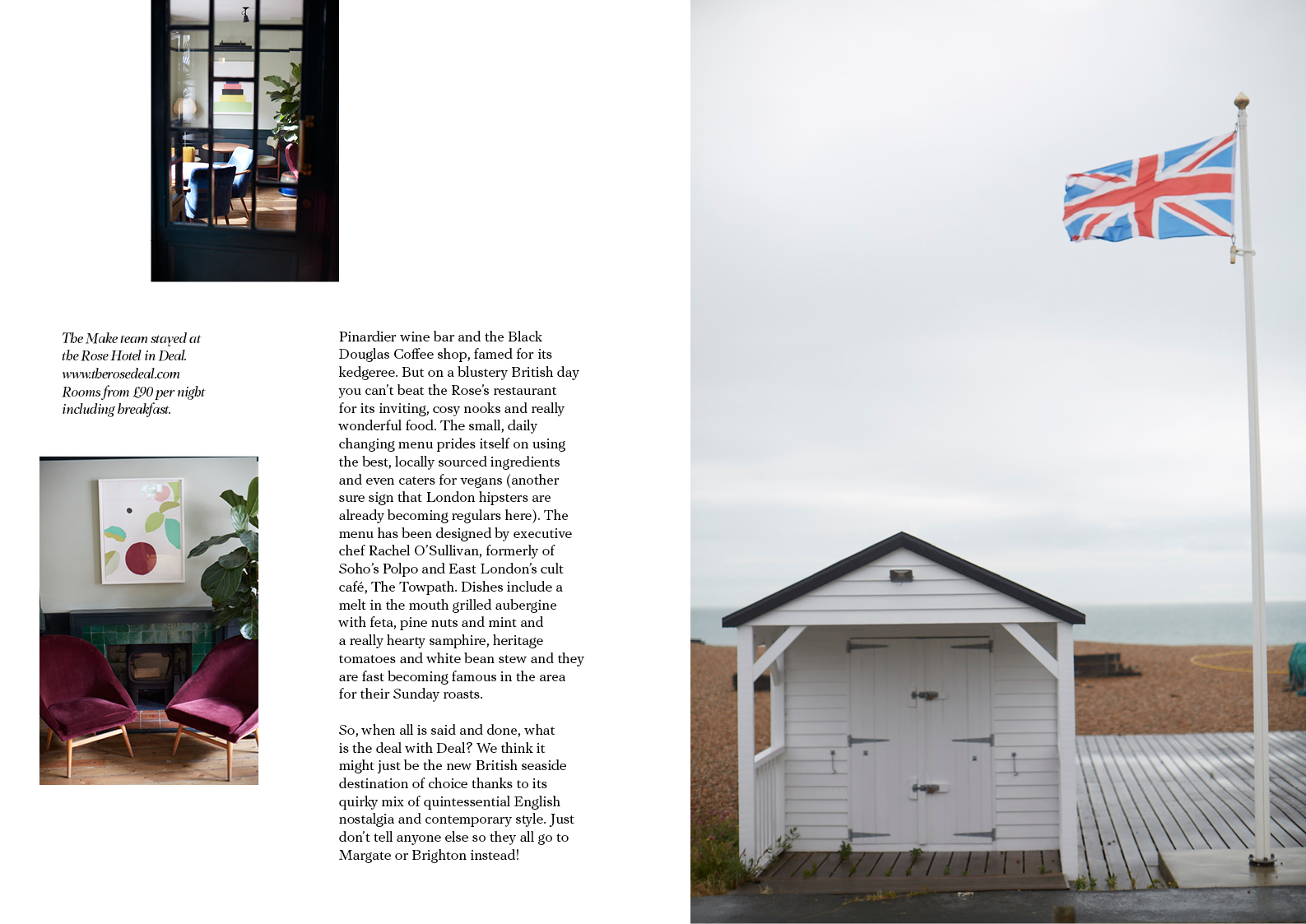