‘Can I have it all please Universe?’

Actress Joanna Vanderham is a rising star of both stage and screen. Recently starring in the hotly anticipated BBC drama ‘Man in an Orange Shirt’ out later this year, she talks about working alongside Vanessa Redgrave, her love of Shakespeare and preferring wearing jeans to corsets.

Q. You’ve been most recently working on BBC drama ‘Man In An Orange Shirt,’ what can audiences expect from it?

A. ‘Man in an Orange Shirt’ is essentially a love story, a love-triangle.  It’s a fascinating insight into British sensibilities and how damaging they may be. The writing is incredibly subtle and provocative and Michael Samuel’s direction is evocative and beautiful at the same time. I think it’s something really special. Added to that, having watched both episodes yesterday, the performances are absolutely captivating; heartbreaking. I think it’s got something for everyone.

Q. How do you find shooting on location, do you throw yourself into it or keep in touch with friends and family?
A. Travelling from home is a big part of my job, it took me some time to be able to work well in hotel rooms or rental apartments, a tip I learned from Alan Cumming on my first job was to bring a candle (he brought loads!) Filming Boy with a Top Knot was a unique experience as an integral part of the story is that my character doesn’t meet most of the other characters. So it was Sacha (Dhawan) and I working very closely together for intense periods of time. Luckily we got on like a house on fire, he’s hilarious and we both have a childish sense of humour so we kept each other entertained. But I do try very hard to stay in touch with my friends and family, I haven’t been in a situation where my work has been too demanding for me to talk to my mum! I don’t think that’d go down well at home, at all!

Q. Your career so far has spanned different mediums, is it important to you to have the option to act on TV/film/stage? Do you have a preference?

A. The theatre has been in my blood since I was a kid (I was a chicken in the Perth panto!) I never actually thought I’d act on screen, but sometimes life has a way of sending you in a direction and now I’ve done it I love it. It is so important to me to have the choice as I get older, I can see a trend in theatres hiring ‘familiar faces’ and if I want to play the juicer roles I have to earn them. Today, I auditioned for a play and then went straight to another one for a big comic book film! Can I have it all, please, universe?

Q. Do you think the different mediums compliment each other?
A. Theatre work feeds into almost every aspect of my life (my friends have to remind me that I’m not in the rehearsal room sometimes- I ‘follow my instincts’ and they think I’m crazy!) but the text work and the opportunity to try things in a safe space, the time sitting with a character, plus getting to work with such incredible talents as Ralph Fiennes, Andrew Scott and Vanessa Redgrave. I try to take in as much as I can. And then that’s useful for camera work because I can get a better understanding of a character and bring that detail to the work on screen.

Q. You’ve worked alongside formidable female actresses including Vanessa Redgrave and Julianne Moore, can you give us an indication of what it is like to work alongside them?
A. Working with Julianne was too brief, my character essentially runs off with her husband so we didn’t have too many scenes together but I did learn an invaluable lesson about never just arriving on set with a problem or an issue, to come with a possible solution.

Working with Vanessa was totally surreal; firstly to see her working her way through the Queen Margaret speeches in ‘Richard III,’ she is the best for a reason. But also because she is so kind, she would bring us (the women in the play who all shared a dressing room) little presents every day, strawberries, pastries and once a vegetable peeler, we don’t actually know why but it’s got a twenty-five year warranty! She was like a mother and a soldier at the same time, but she’s also hilarious and loved to tease me.

Q. Do you remember your first day on set with Redgrave?
A. The first time I met Vanessa was at the read through for ‘Richard III’ and I said something like, “I feel like we ought to have met before now because we both played Marian in The Go-Between” and Rupert Goold who was directing the play, came over and asked if we’d met, to which Vanessa replied “I was just hearing how I played the ancient version of her!” I was mortified. She was joking, but I didn’t know that was her sense of humour at this point! So yes, I don’t think I’ll forget that in a hurry.

Q. Do you find it intimidating to take on such formidable female roles, especially Shakespearean ones?
A. I’m really lucky that I was introduced to Shakespeare as a kid, and I loved English at school (I’m a nerd.) So I love playing in Shakespearean plays, I want to play Lady Macbeth one day, and Queen Elizabeth in Richard III would be interesting, my appetite was whet playing Anne. But maybe I should mix in a comedy, what is intimidating is working opposite such brilliant actors and fearing you’re not up to the task. But it raises your game.

Q. You’ve acted in a lot of period dramas, how do you get on with the costumes?
A. I have to admit I prefer getting to wear comfy jeans in shows like ‘One of Us’. It’s so much easier!

Q. Is fashion important to you?
A. To me, fashion is a means of expressing oneself. I see people in the street and they’re wearing these incredible outfits and I think “good on you!” I am also aware that I am lucky to live in a country where I, as a woman, am allowed to express myself in such a way. So yes, it’s very important to me.

With thanks to Chloe, KCD and DDA. 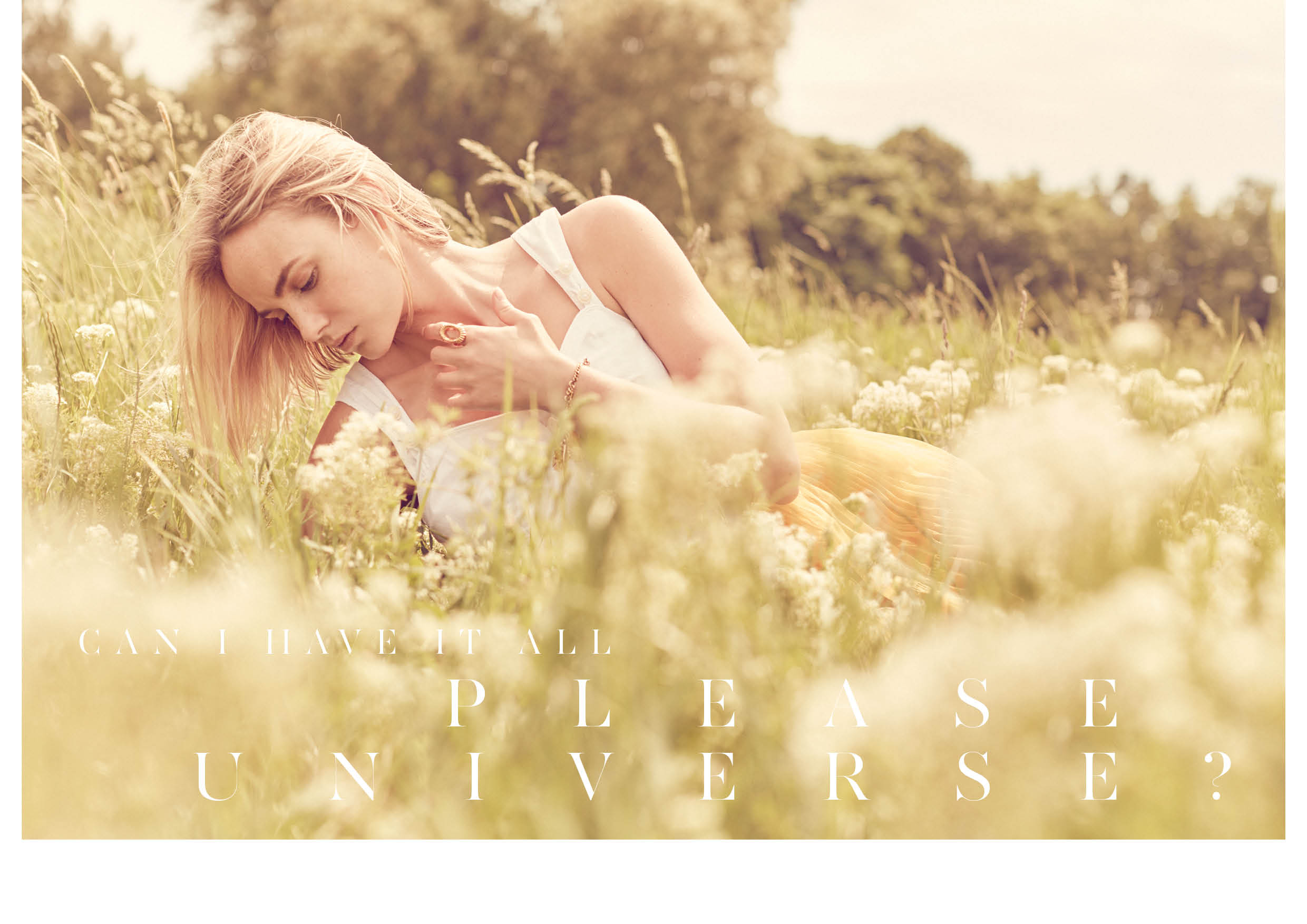 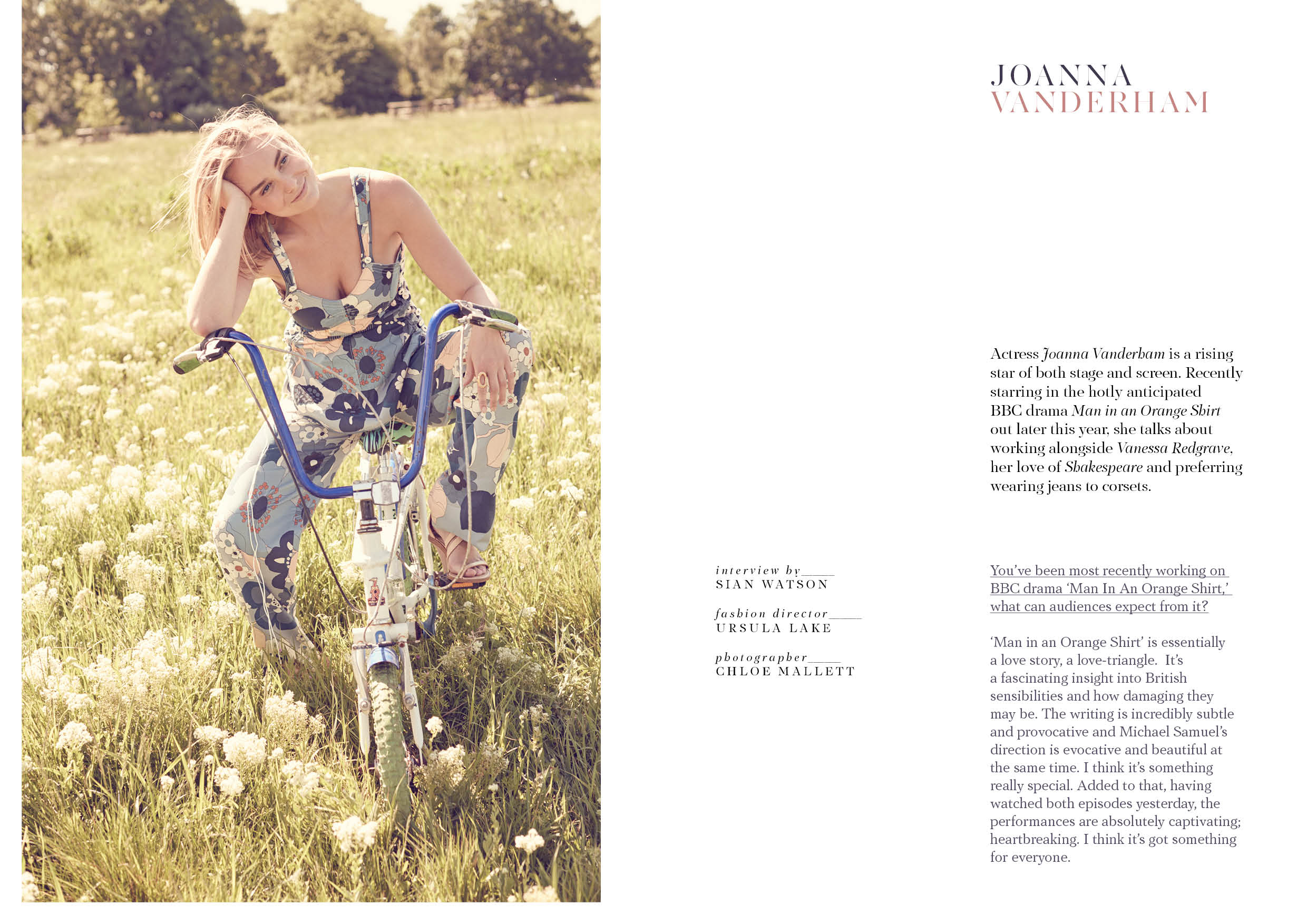 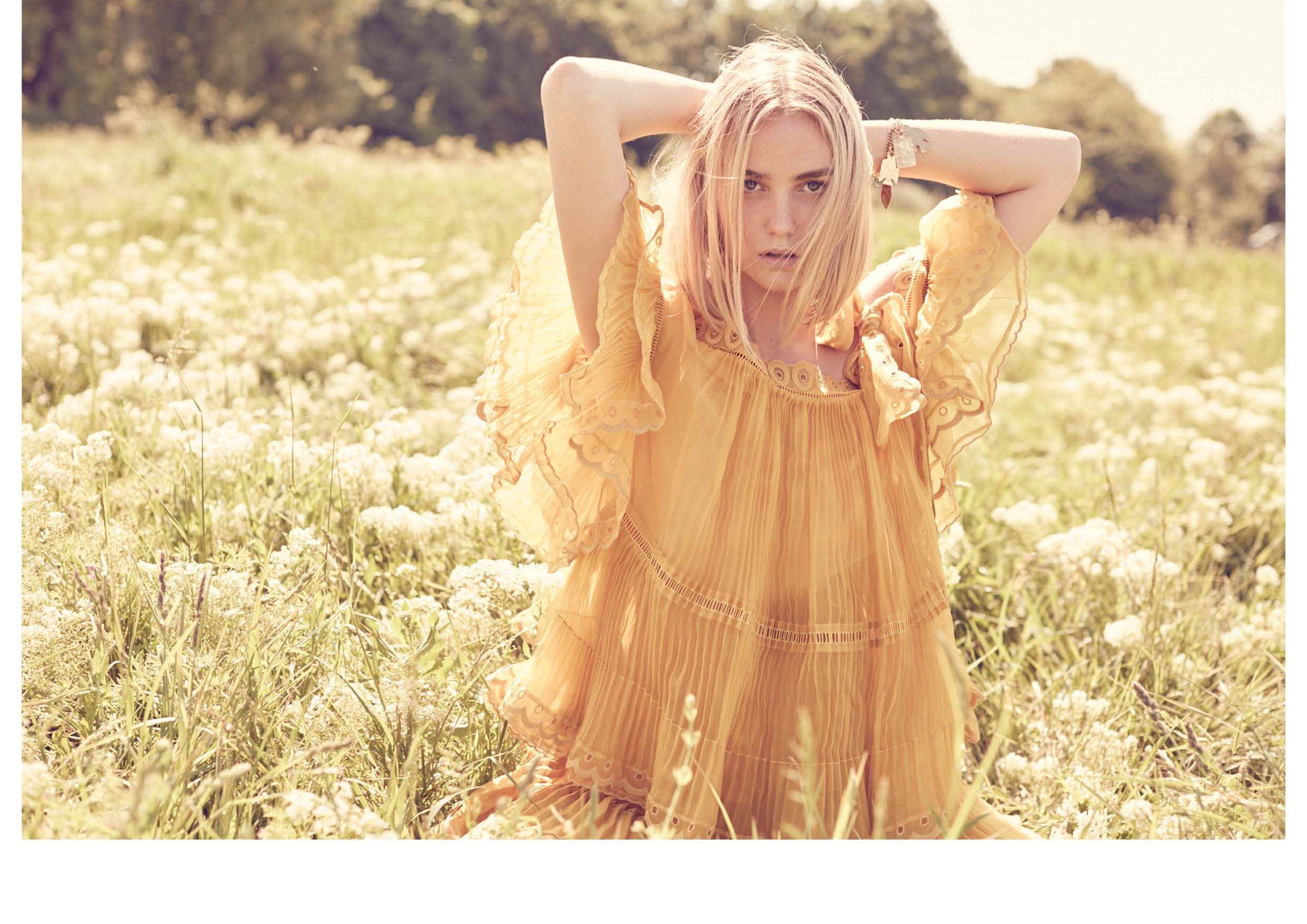 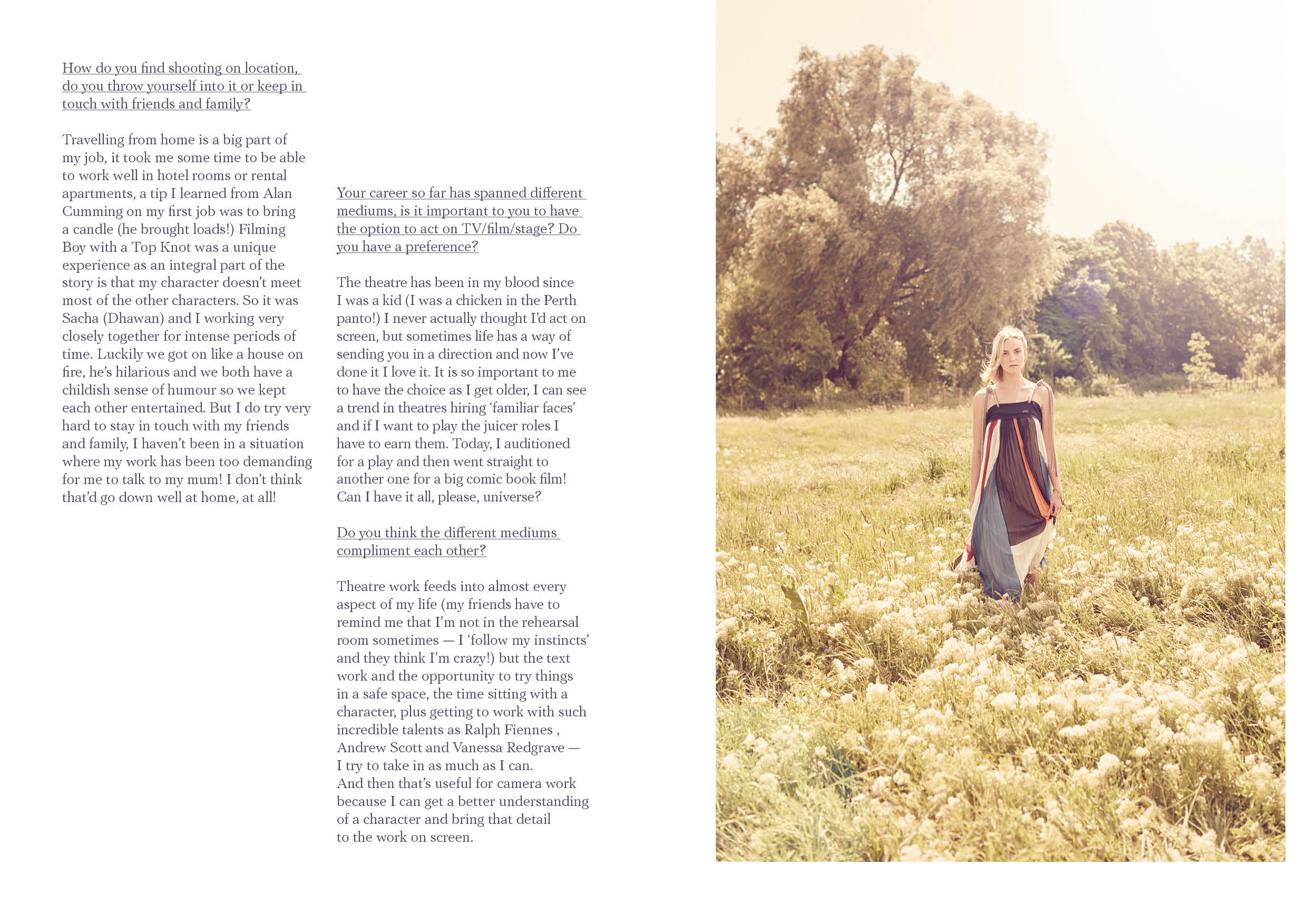 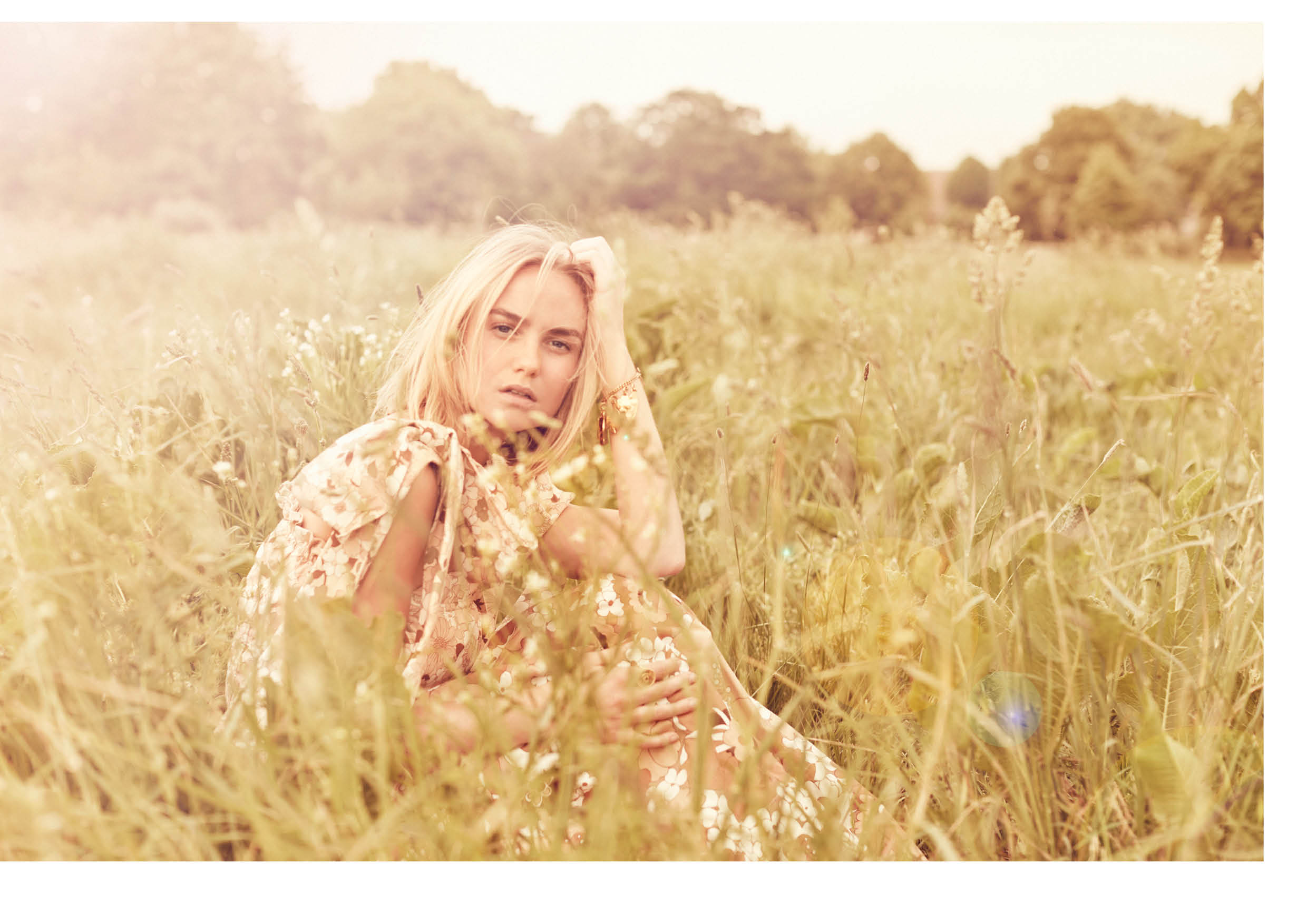 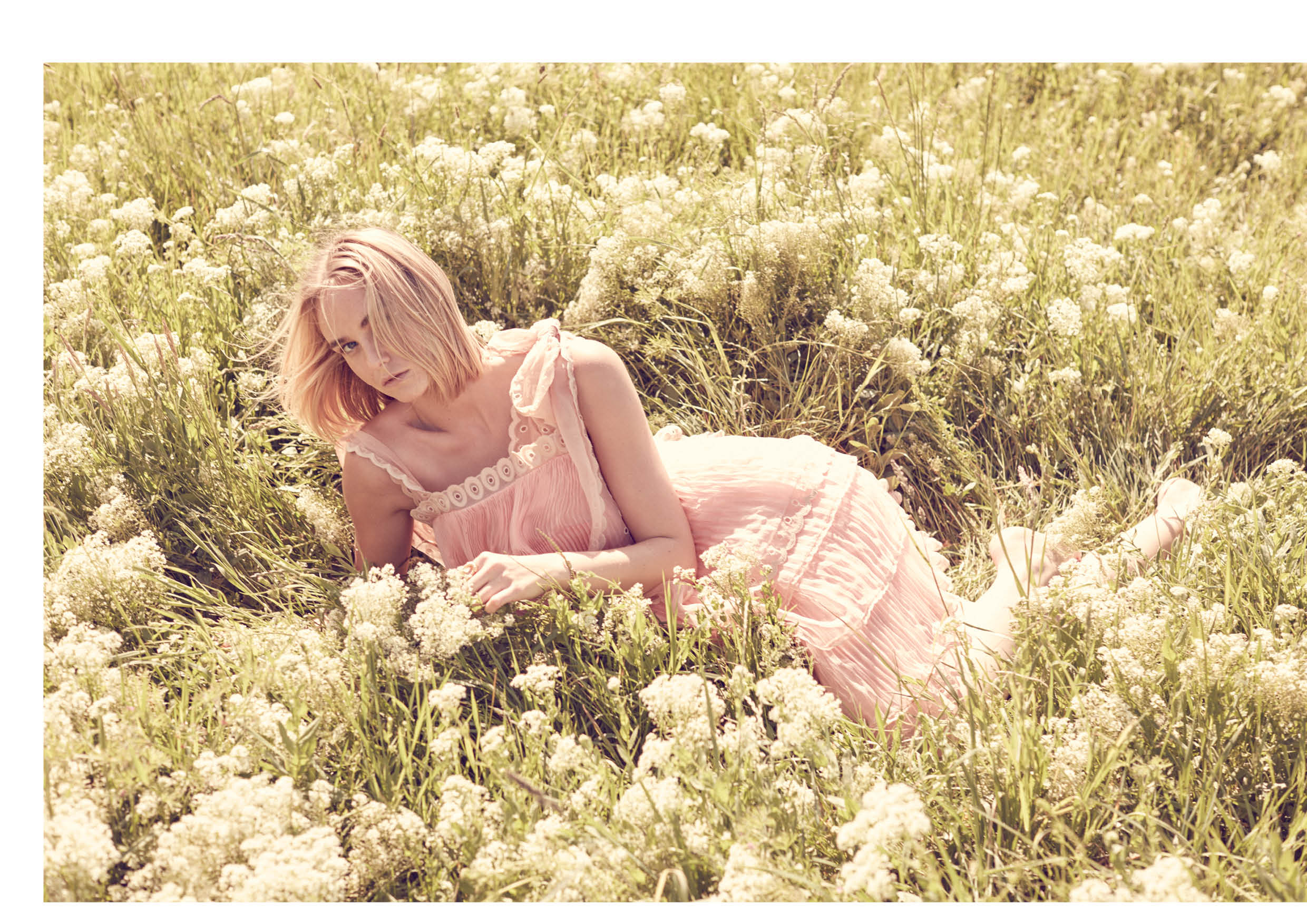 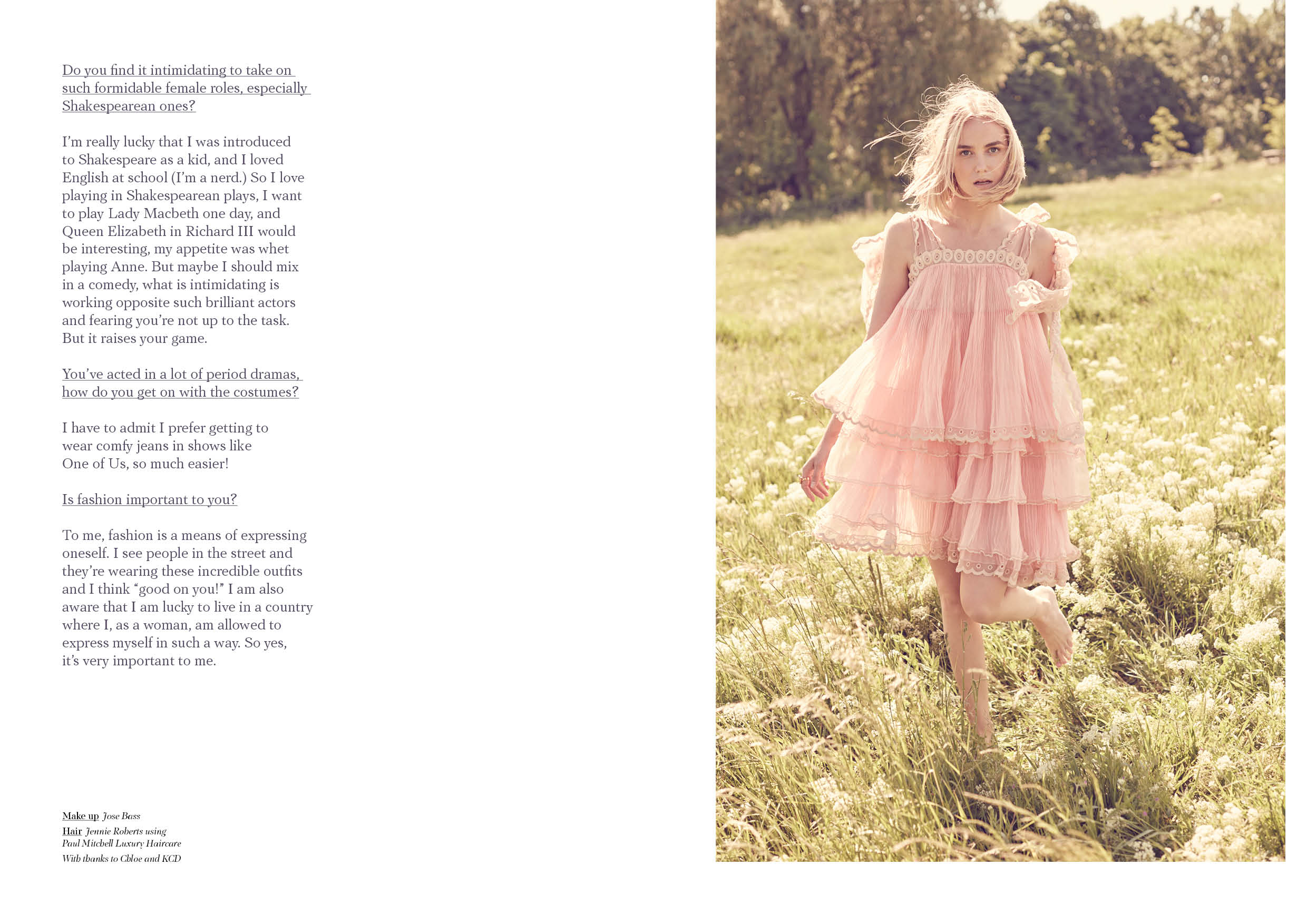 With thanks to Chloe, KCD and DDA. 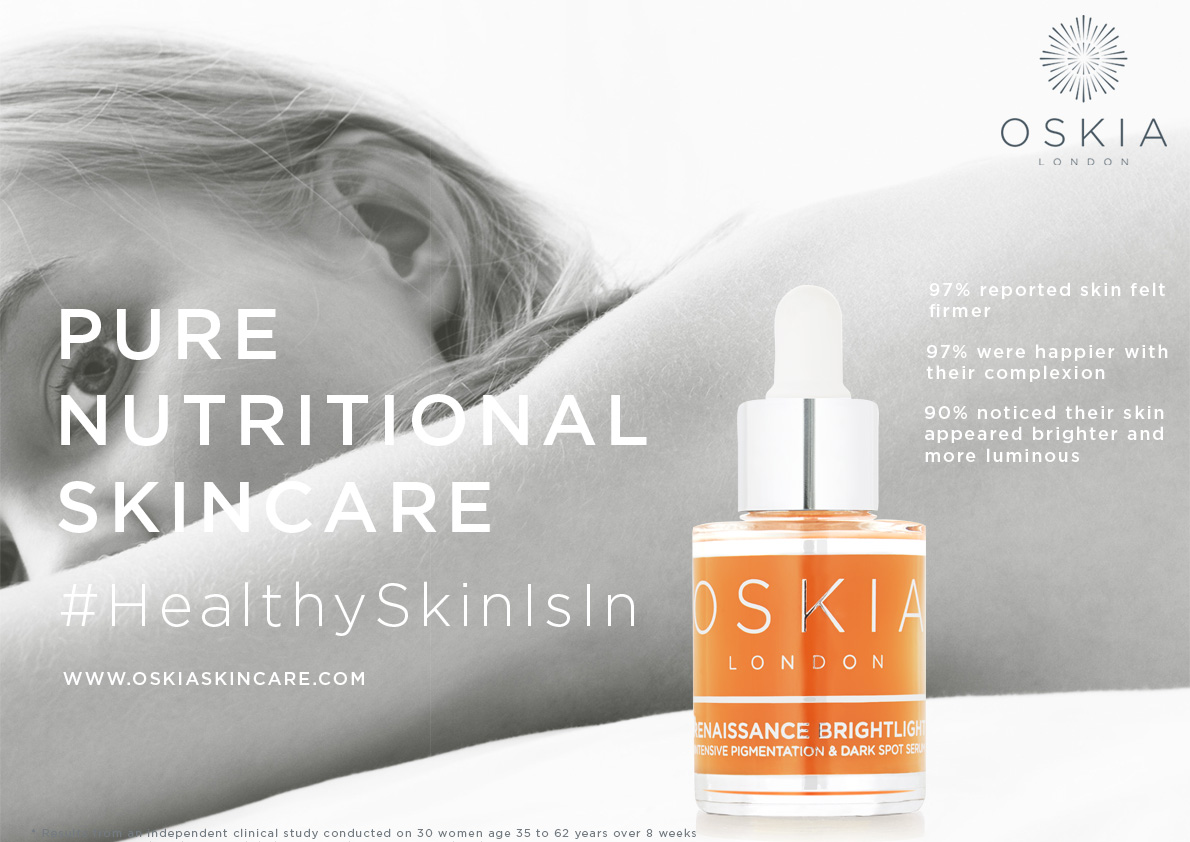