For our latest issue, the Make team enjoyed spending some time with the entertaining actor, director, and now, for us, a part-time model, Lewis Reeves.

Lewis joined us fresh from filming his latest role in Sky’s upcoming comedy series, ‘Rosie Molloy Gives Up Everything’ opposite Sheridan Smith. You are probably familiar with Lewis from his previous roles, which include Jake in the comedy horror series Crazyhead, David in the BAFTA award-winning series ‘I May Destroy You’ and more recently playing Curtis Saunders in this year’s Sky sci-fi hit, ‘The Midwich Cuckoos’, starring Keeley Hawes.

Lewis is still amazed and amused by how many PlayStation and X-Box gamers still recognise him in the street as the face of Gareth Walker the player you love to hate in FIFA 17 and 18.

Thirty-four years old, Lewis was born in Doncaster, South Yorkshire, in 1988 and with his two brothers was raised by his mother. Full of energy as a kid, Lewis admits to being a bit of a showoff as a child and that acting proved to be the perfect outlet for him, although his original plan was to be a dancer. That all changed when he enrolled at the Royal Welsh School of Music and Drama where he flourished, graduating with a BA degree and he looks back on the years there as one of the best times of his life.

Lewis made his professional debut on the London stage in ‘Our Boys’ at the Duchess Theatre in 2012. Two years later he had the distinction of having his bare bum banned by Transport for London. His breakthrough role in the Donmar Warehouse production of ‘My Night With Reg’ involved stripping down to his well-toned buff and TfL felt that the poster for the play was unsuitable to display on the Underground and the offending part of his anatomy had to be obscured by an album cover.

In 2019 Lewis got to show off his lithe body again playing the disruptive sexy but dim young actor toy-boy ‘Spike’ in the comedy play ‘Vanya and Sonia and Masha and Spike’. We are pleased to say that in real life Lewis might be sexy but is far from dim and, as you can see looks great fully clothed!

Grooming by Craig Taylor at One Represents and at Haris Hairdressers. 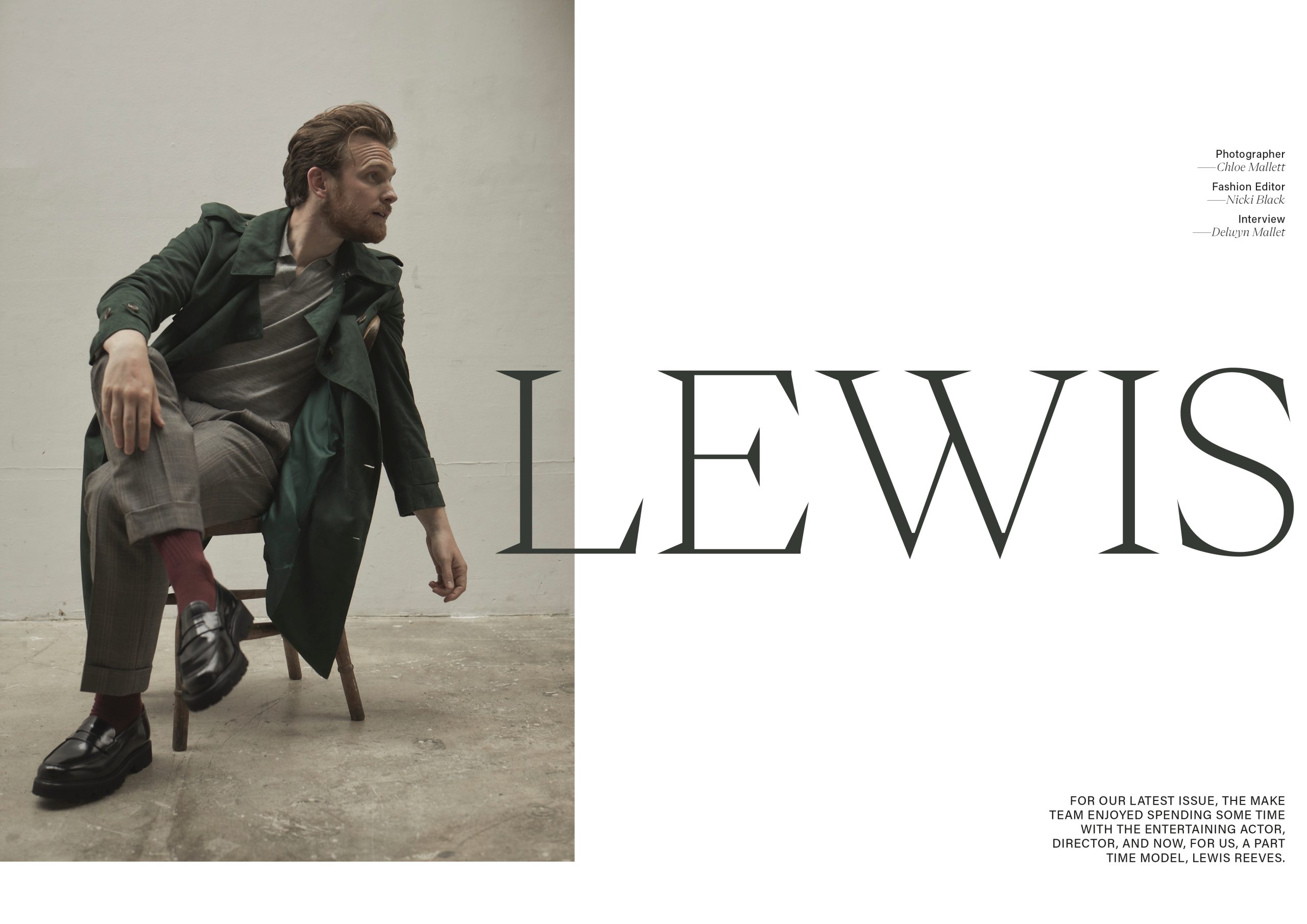 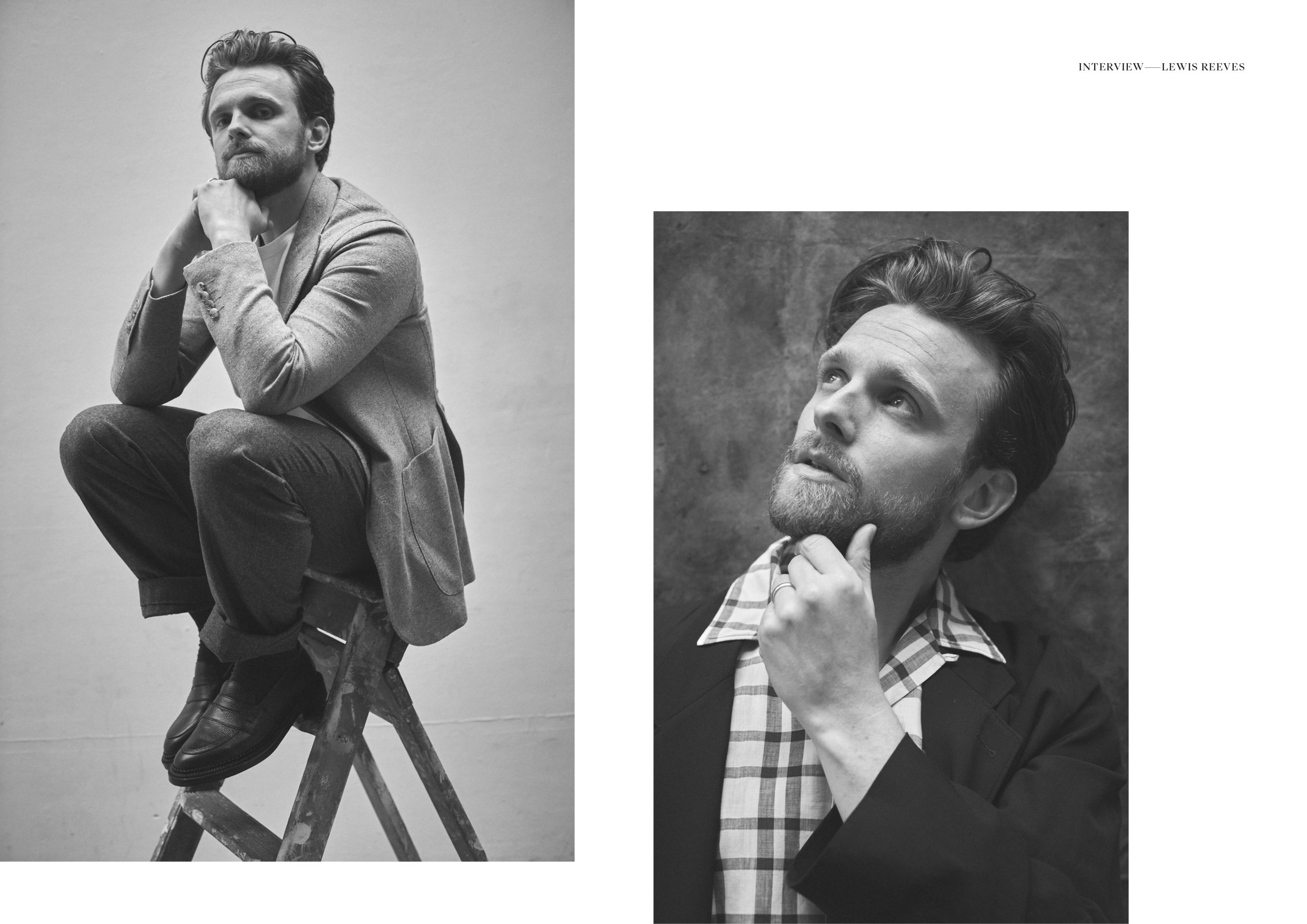 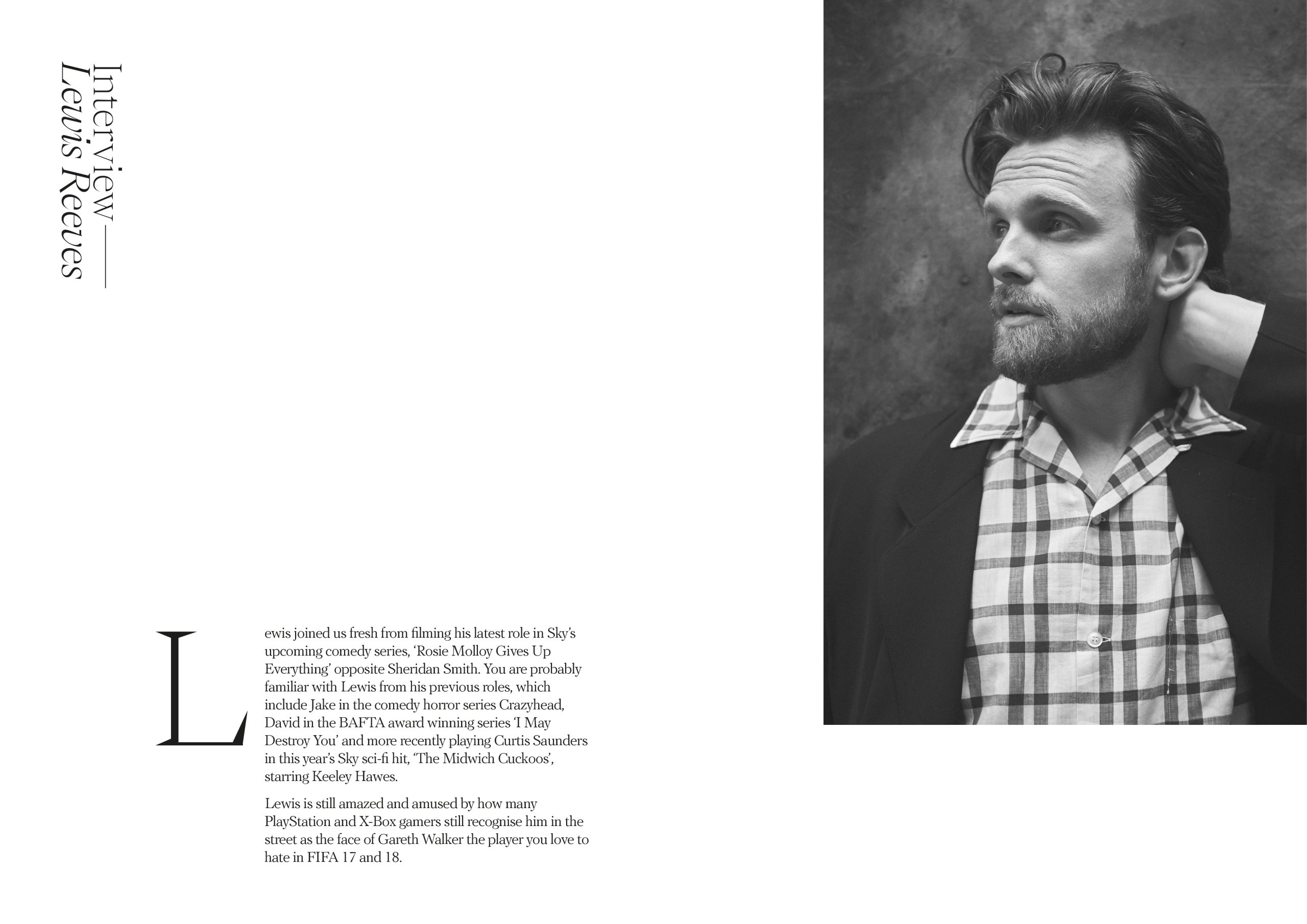 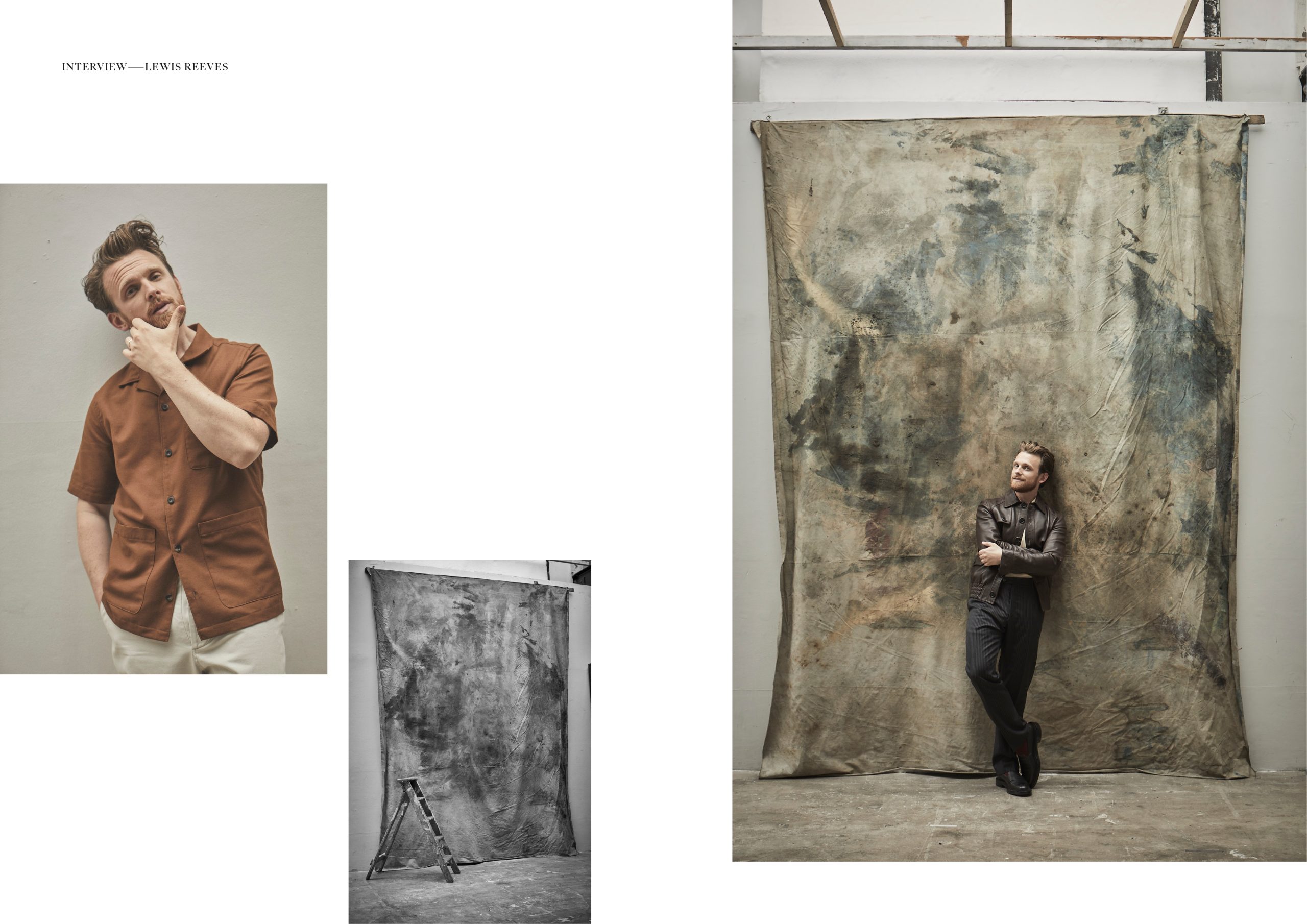 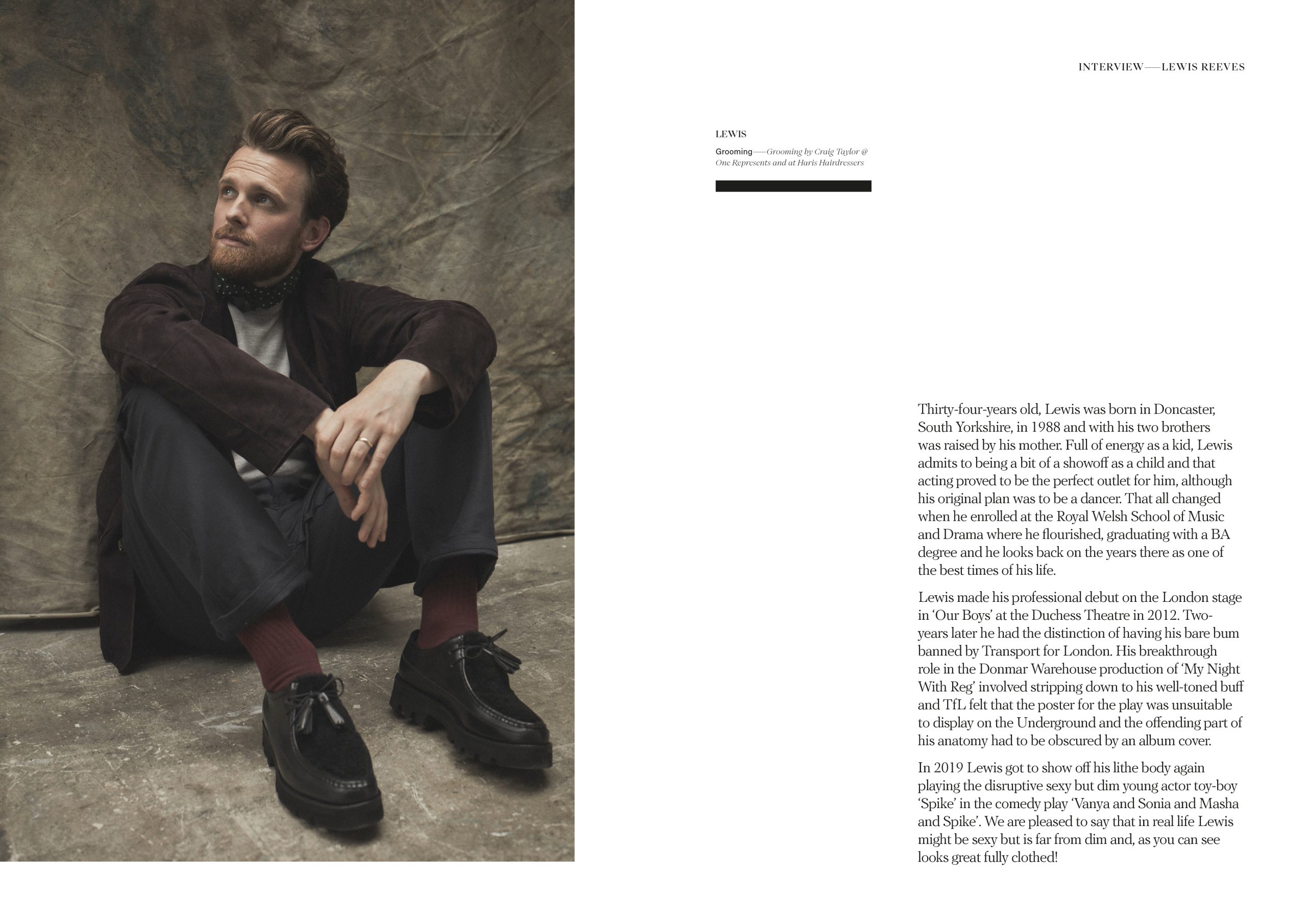