Luxury: behind the scenes.

Make gets a sneak peek beneath the covers of a new book that reveals never seen before, backstage images of John Galliano’s extraordinary designs for the House of Dior, captured by celebrated ​Vogue​ photographer Robert Fairer.

John Galliano’s creations for the House of Dior have entered fashion history and are widely recognized as some of the most breath-taking and imaginative collections ever created. This new book: John Galliano for Dior ​showcases these unforgettable designs, which have become collectors’ items and formed a key chapter in the history of the House of Dior “the greatest house in the world,” as Galliano stated when he was first placed at its helm. “I see myself as a guardian of [Christian Dior’s] spirit, a keeper of his dreams.” Robert Fairer ​was ​Vogue’​ s exclusive backstage photographer for over a decade

“The fifteen years that John Galliano spent at the house of Christian Dior, from 1996 to 2011, mark a high point in the history of fashion,” writes curator Oriole Cullen in her introduction to the book. “Through the unique photographs of Robert Fairer, this book delivers a ‘behind the scenes’ experience of this peak moment for both the house of Dior and the fashion world at large, when the unbridled imagination and boundless creativity of John Galliano and his team, combined with the unrivalled technical skills of the Dior haute couture ateliers, created fantastical garments and fashion shows on a scale that consistently surpassed anything previously seen in the world of high fashion.”

Opening with an essay on the designer’s work, the book unfolds chronologically, covering a decade of show-stopping designs, from 1998 to 2010, and revealing previously unseen moments that capture models, hairdressers, stylists, makeup artists, and John Galliano himself at their most creative.

John Galliano for Dior is published by Thames and Hudson and is out now.

An exhibition of the photographs of Robert Fairer will be also taking place at Savannah College of Art & Design FASH Museum of Fashion and Film in Atlanta, Georgia in Autumn 2020 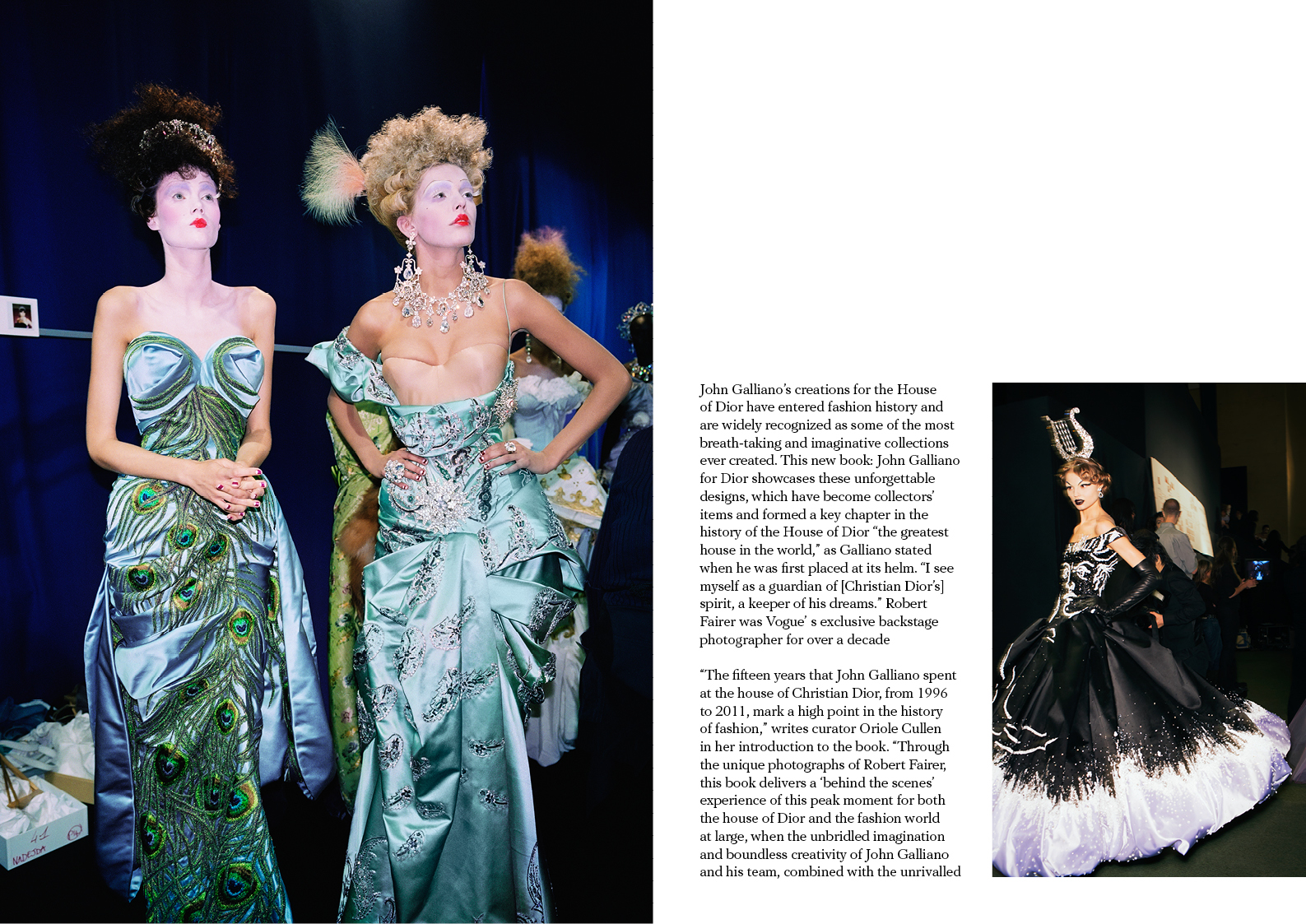 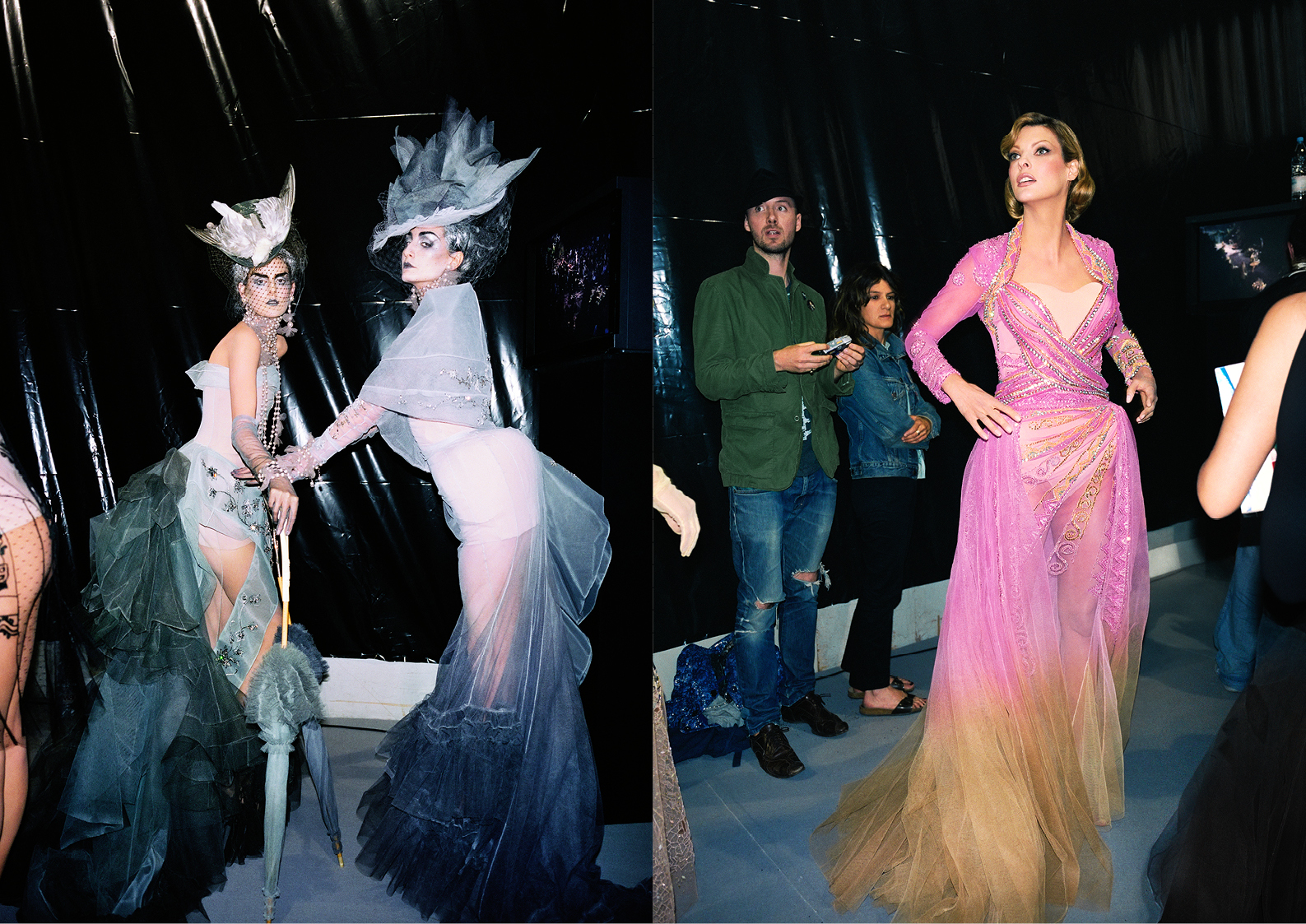 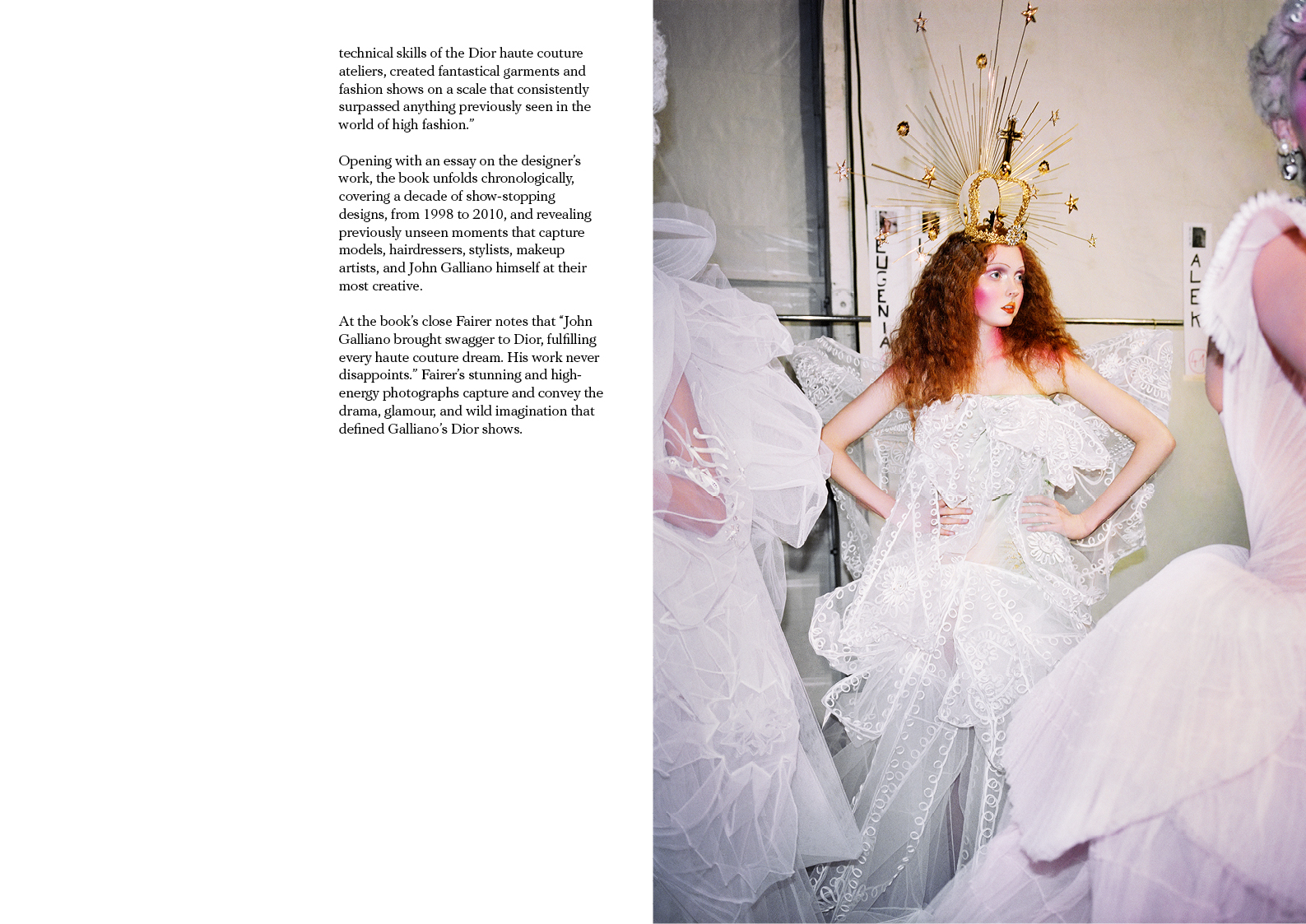 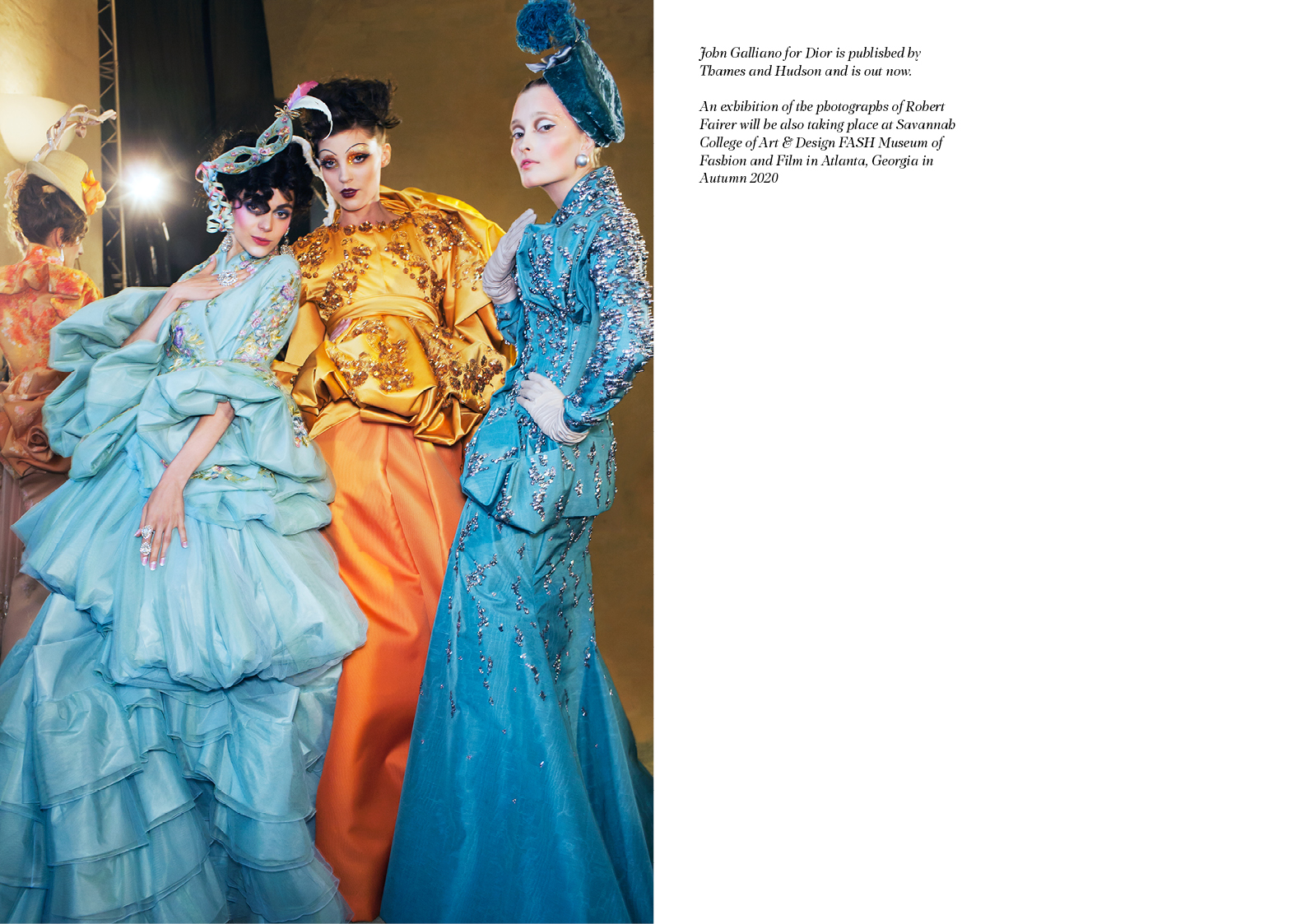