A Weekend with the Baduy.

Photography and words by David Reiss

One of the most fascinating ethnic communities in the diverse archipelago of Indonesia is a small group of people called the Baduy.  Based in Western Java on a patch of lush forest hillsides, a four-hour bus and train journey from the capital, Jakarta; the Baduy occupy a tropical paradise and refuge, a similar-sized area to that of Greater London.

The thought of any sense of a city, none the less Jakarta (one of at least nine million people) couldn’t be more distant in setting and tangibility as well as in culture and philosophy to the lands of the Baduy.  Considered the ‘Amish’ of Java, the Baduy core belief is ingrained in their land, animistic religion and strict traditions with an absolute opposition to the modern world and its ideology and technology.  There is no electricity, cars, roads, concrete, laptops or phones within the Baduy domain.

Small villages are connected by dirt and gravel walking paths, houses are erected with local timber, bamboo and palm leaves harvested from the land, and water is taken from the rivers flowing from the low mountains.  Self-sufficient on agriculture, mainly based on rice, their main trade with ‘outside world’ is for dried fish and salt, which is exchanged for their intricate textiles and wooden tools.  Daily life is spent, tending rice fields and the household for men and weaving textiles for women. The children don’t go to school but are taught routine traditions by their parents and elders.

What is more fascinating about the Baduy is that the people are divided into two very distinct groups; the inner Baduy and the outer Baduy.  The two groups are divided in geography, the inner forming the centre core of the land while the outer live in the larger surrounding area.  The inner are considered the ‘pure’ essence of what it means to be Baduy.  They are recognisable by wearing white or at least a white headscarf and black or blue sarong or shorts.  To be born as an inner Baduy individual (which is the only way to become one) means unlimited access and ownership of all inner Baduy lands. There is no sense of currency or cost and so, therefore, is a true haven of an anti-materialistic lifestyle and community support. However, a mandated more strict and unwavering lifestyle to the laws of the land is enforced to belong.

Absolutely no technology of any kind (not even using items of plastic or glass) and strict obedience to traditions passed down from elders is mandatory. If an individual breaks any of these rules, he or she would be cast out physically and socially to become an outer Baduy citizen and will never to retain the rights and status he or she once had in the inner lands.  As an outer Baduy individual (recognisable by wearing only dark blue or black garments), born into or ex-communicated to, means a life of self-reliance. Each one has to earn his land and income within the outer Baduy domain.  Each individual or family must support themselves in the community.  The general rules and traditions are still followed but not as strictly enforced.

A few times a year a culling of technology happens where the inner Baduy leaders confiscate and destroy any technology found in outer Baduy villages.  The outer Baduy are allowed to trade with the outside world with goods that they make and generally have more contact with the surrounding Indonesian communities.  The inner and outer Baduy people do mingle amongst each other often visiting family and friends in the separate villages; however, each of their lives revolves around their separate communities.  Most Baduy (inner or outer) live their lives in their villages and lands, not having a modern education mostly means anyone who leaves to try a start a new life within the wider Indonesian populous soon discovers their disadvantage, not only to the inability to support oneself financial but also the extreme mental adjustment to dealing with modern society and its people.

My personal experience in the Baduy territory and amongst the people was definitely a strange but wonderful insight.  I was familiarised with the community by a well-renown photographer and my mentor, Don Hassman who has been visiting and studying the Baduy for forty years and who accompanied me on this particular journey.  The Baduy people are as kind and gentle as they are shy, protective and insular.  As a non-Indonesia, it is forbidden for me to enter into the Inner Baduy lands so I only visited the outer Baduy.  It is in fact forbidden to even take photos of the Inner Baduy lands or people while in their territory, even for Hassman.  The few photos of Inner Baduy individuals were only allowed and manageable from meeting individuals in and en-route between outer Baduy villages.  Also, many of the images were tolerated or allowed by the inner and outer Baduy individuals that I photographed because Hassman was my guide who knew almost everyone in every small town.

As a photographer, I found that I was slightly frustrated to not be able to capture everything, while also feeling ethically conflicted about my presence in their space.  However, as a traveller it was totally liberating: To simply walk between villages, within the natural, tropical setting on paths made from stone and bridges created from bamboo, with no power and telephone lines in any of the villages, to go to sleep with the sound of crickets and frogs in the evening and roosters in the morning, to have no phone reception and nothing other than natural light, was extraordinary!  Most important to me, was to witness a community whose lifestyle and traditions have remained unchanged for generations, who reject modern technology and ideology, and to see them genuinely content, made me very philosophical as it’s a complete contrast to a world that myself and probably 99% of the population live in today. 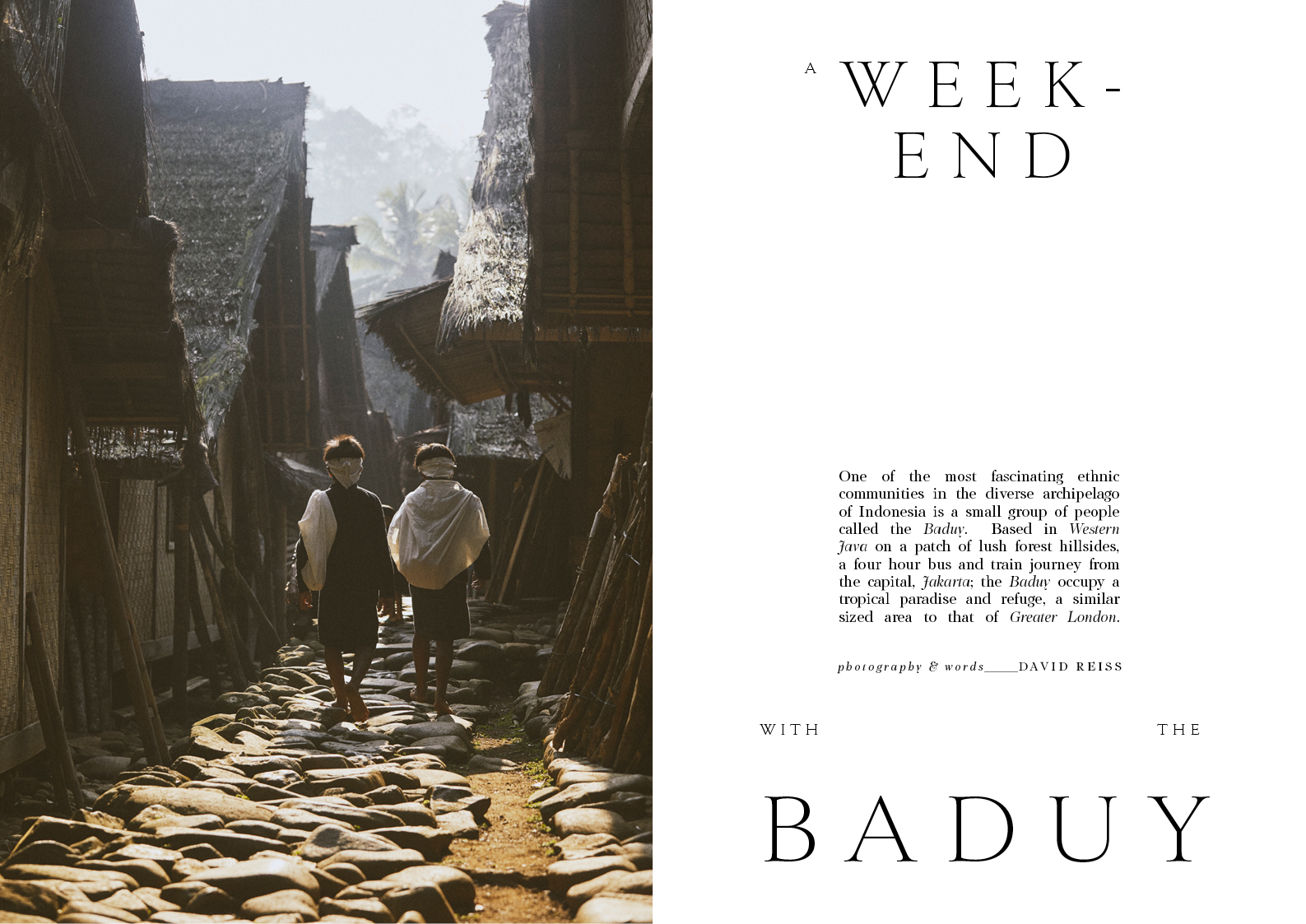 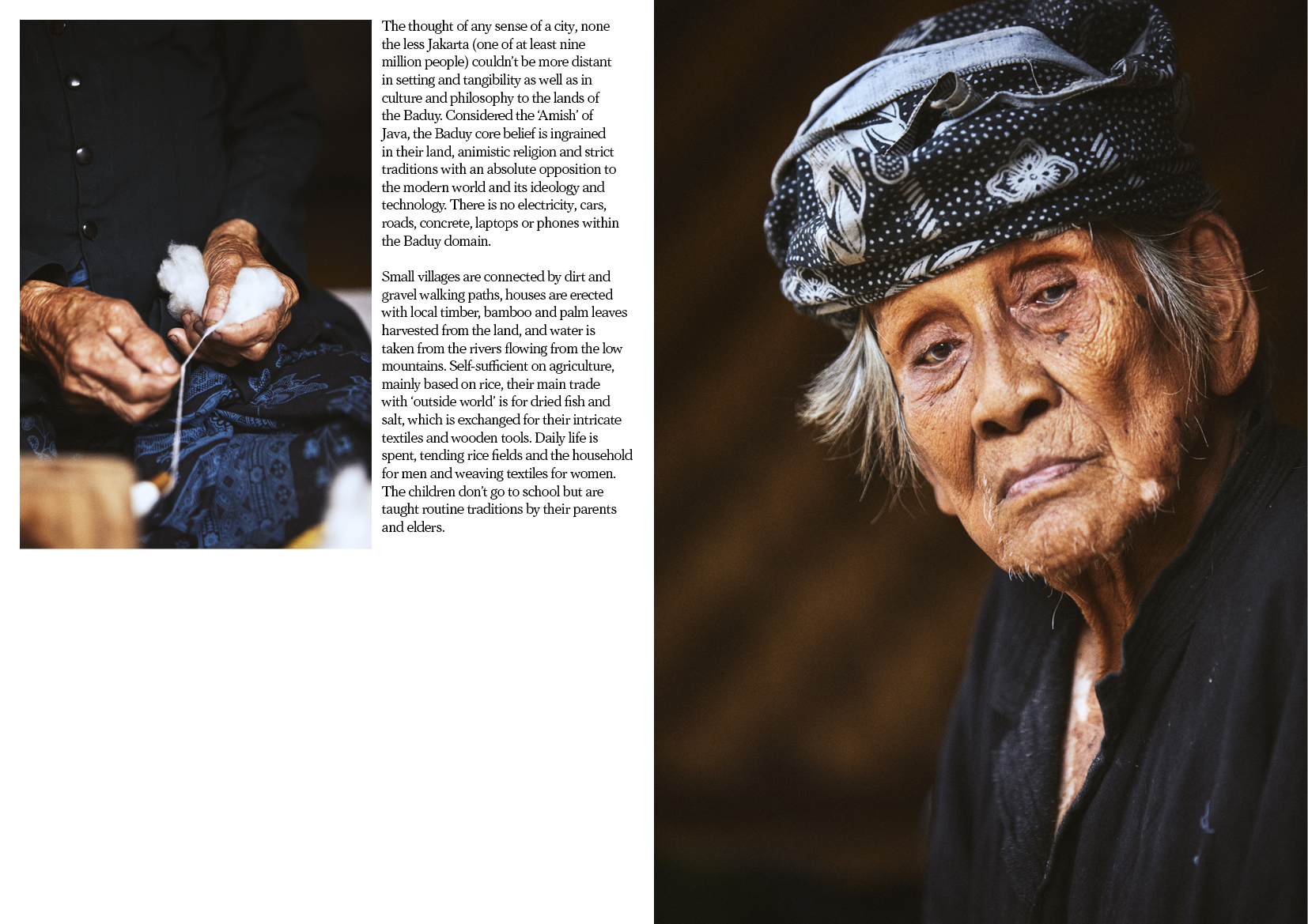 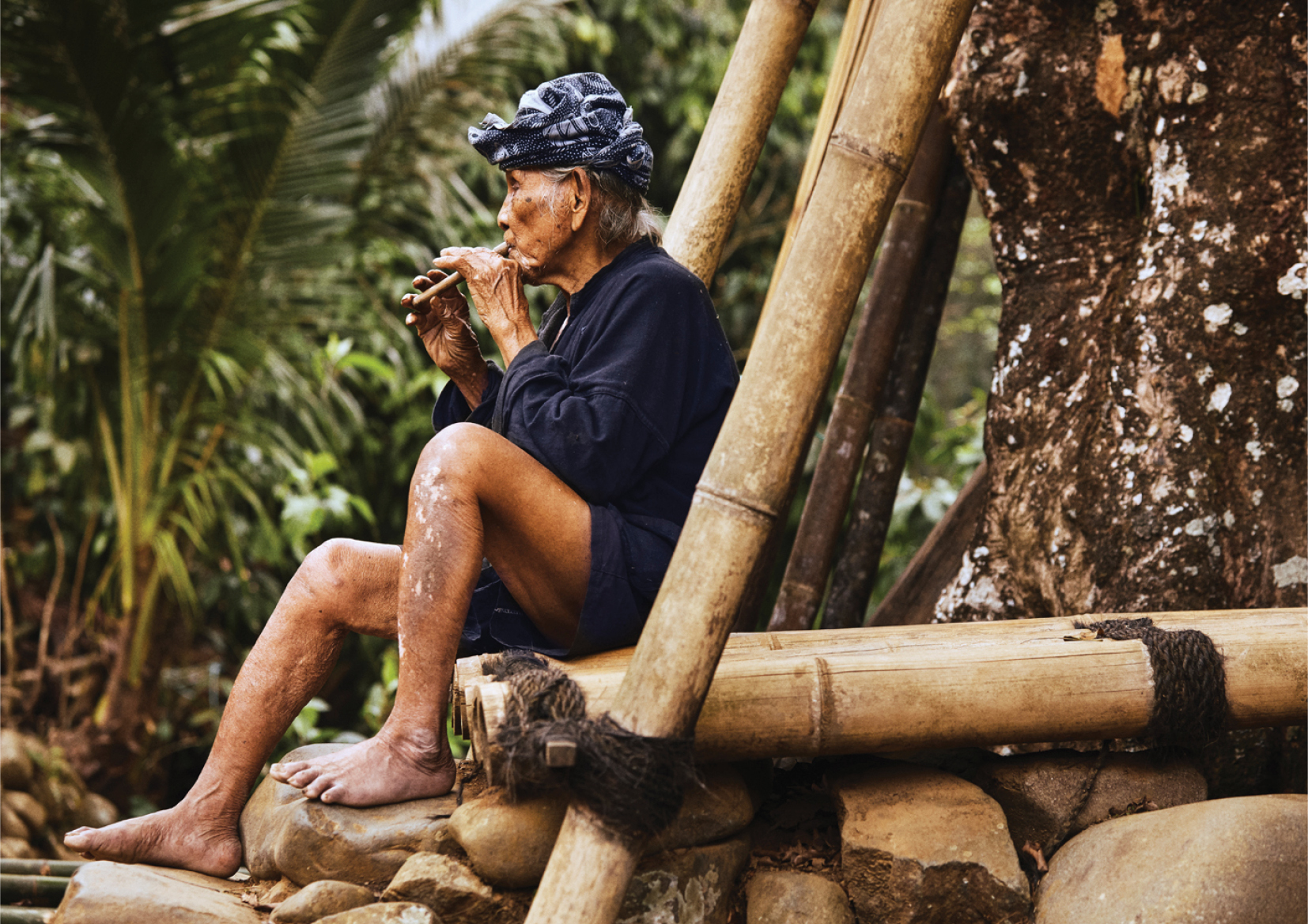 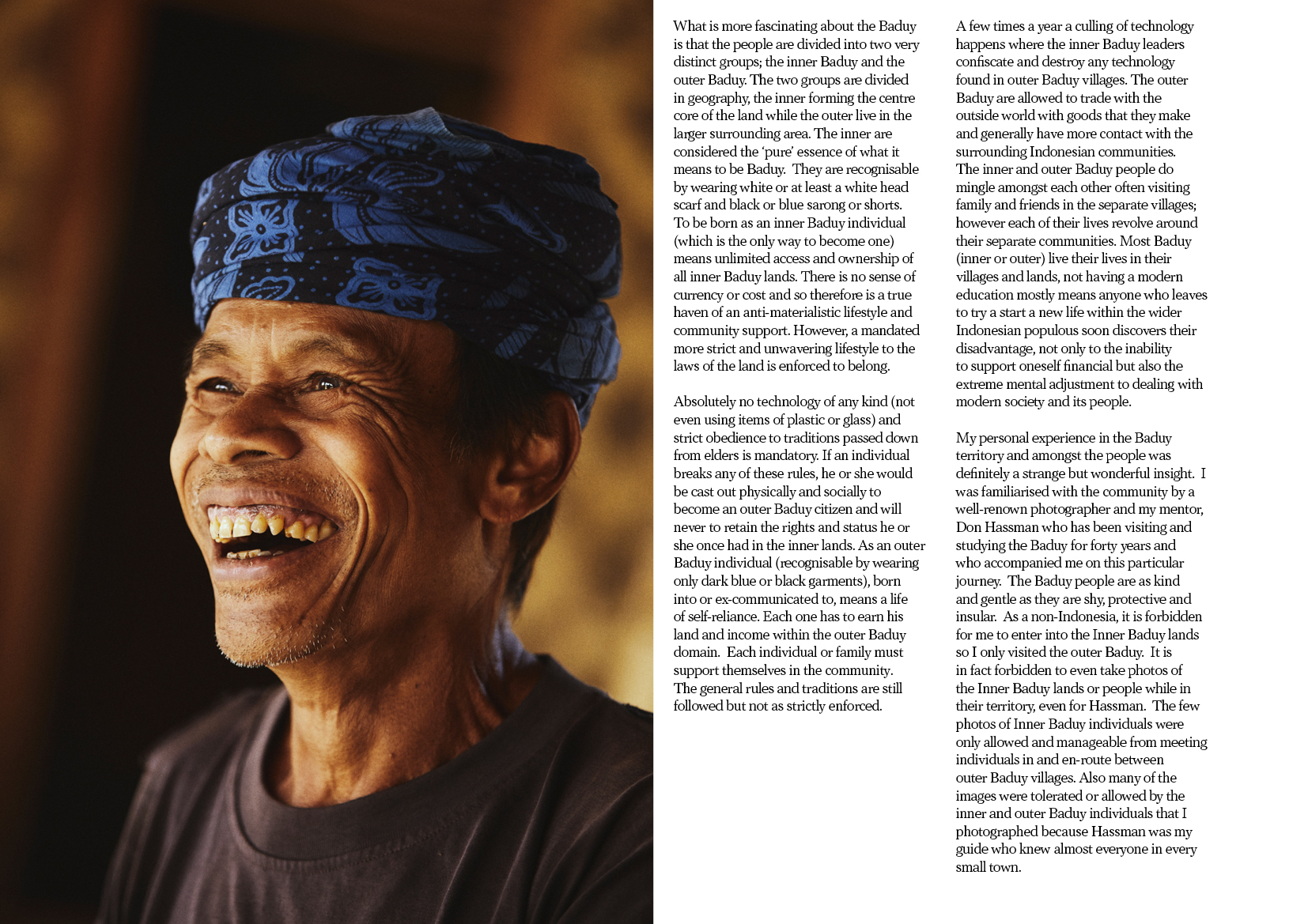 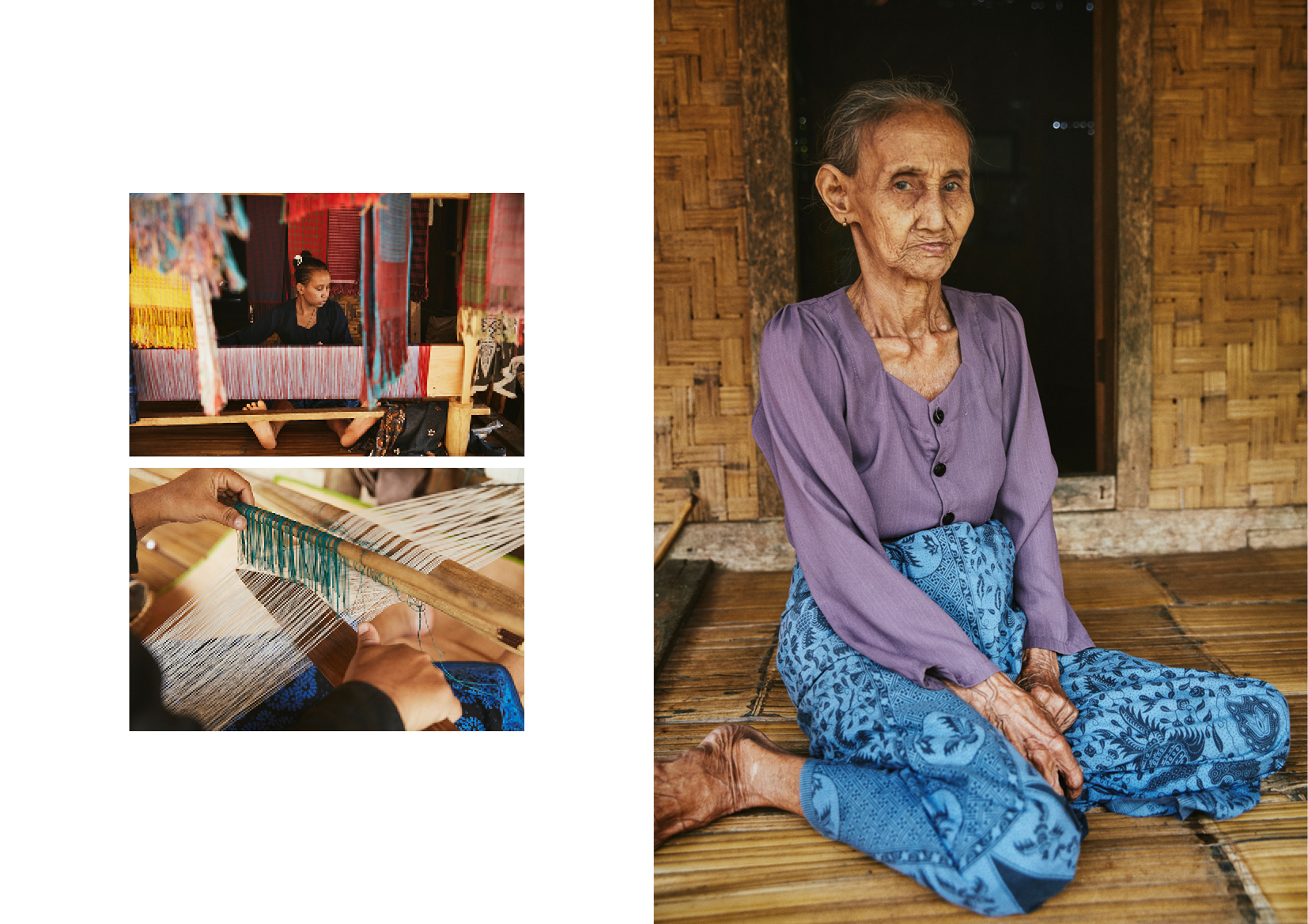 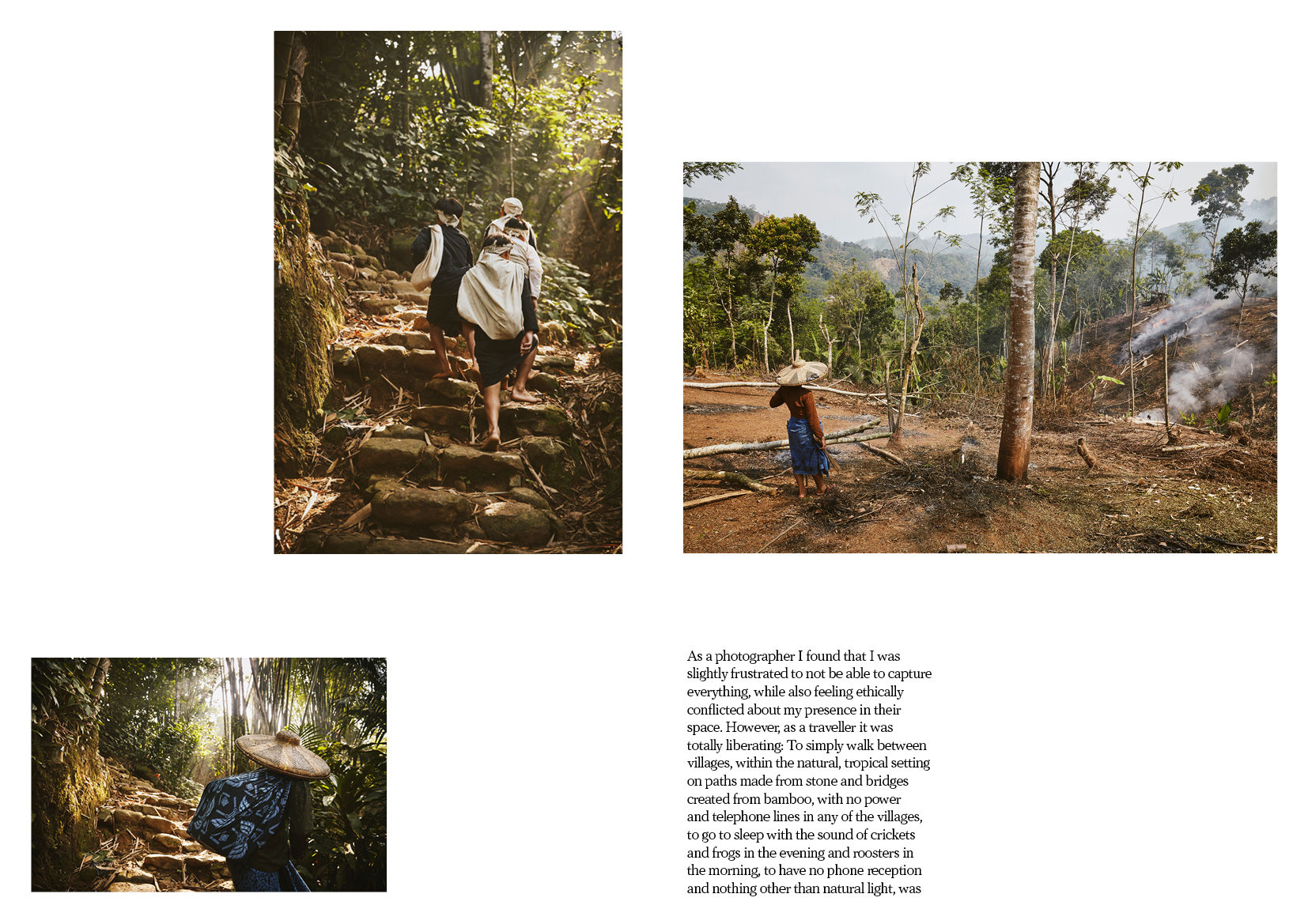 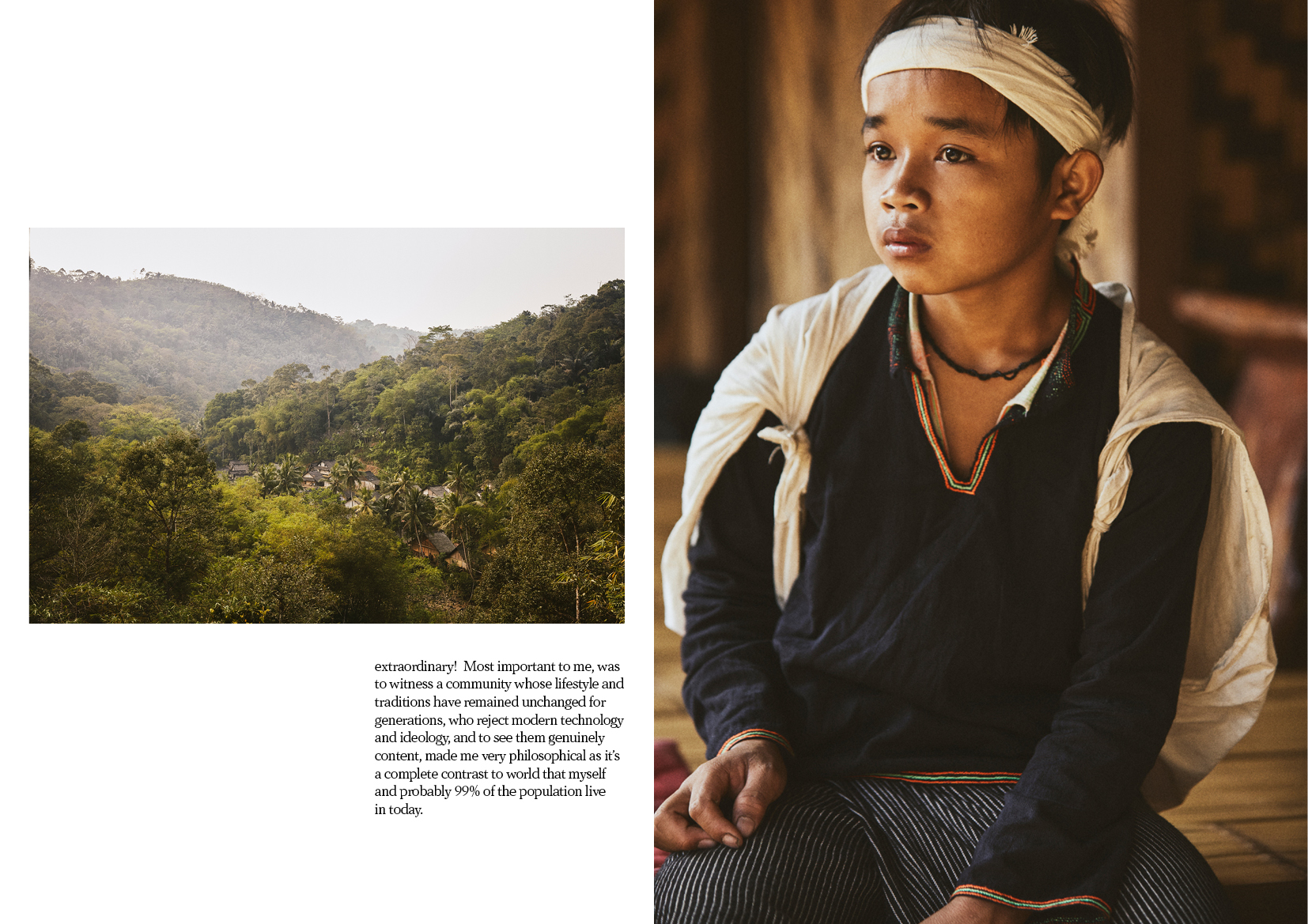 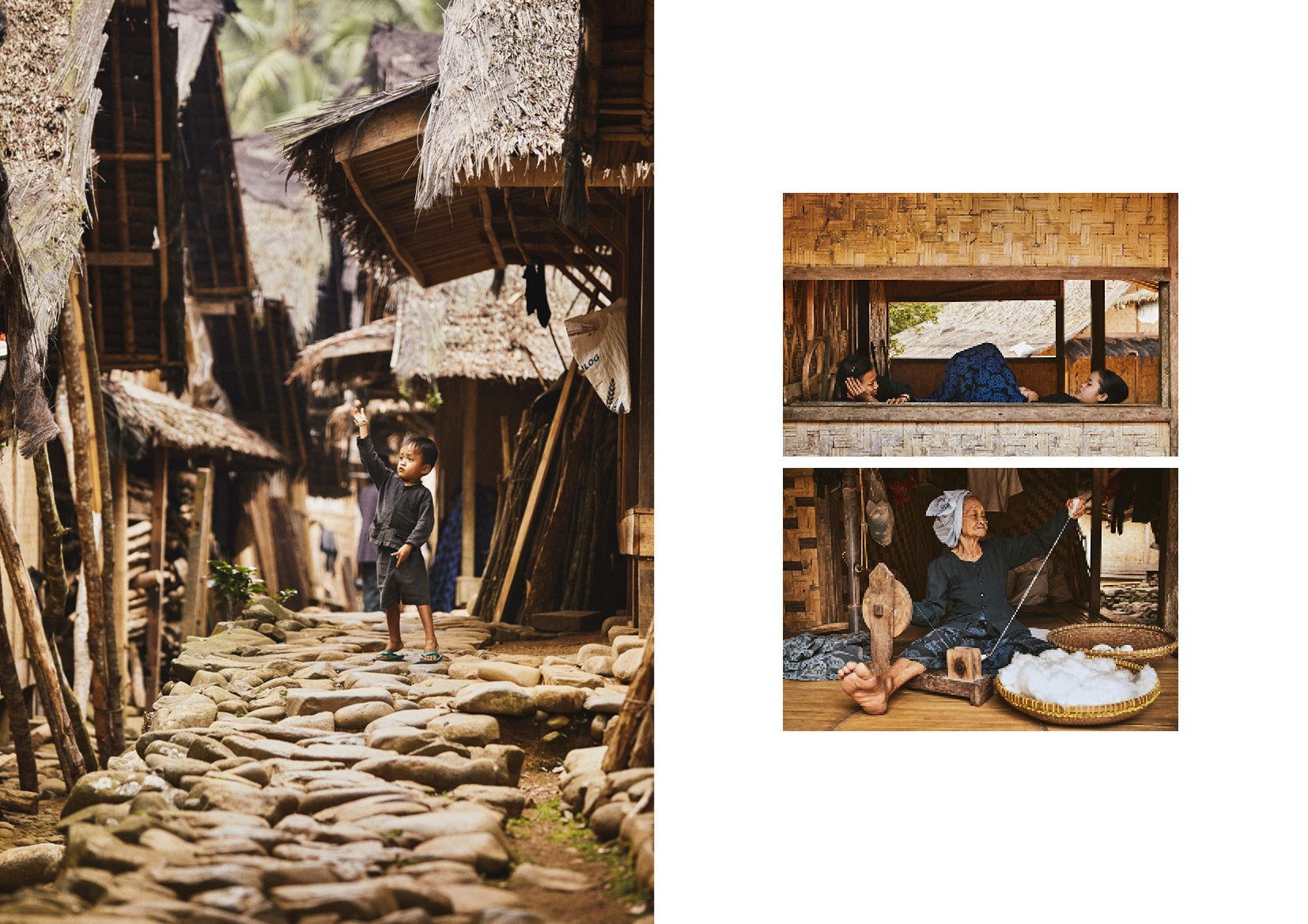 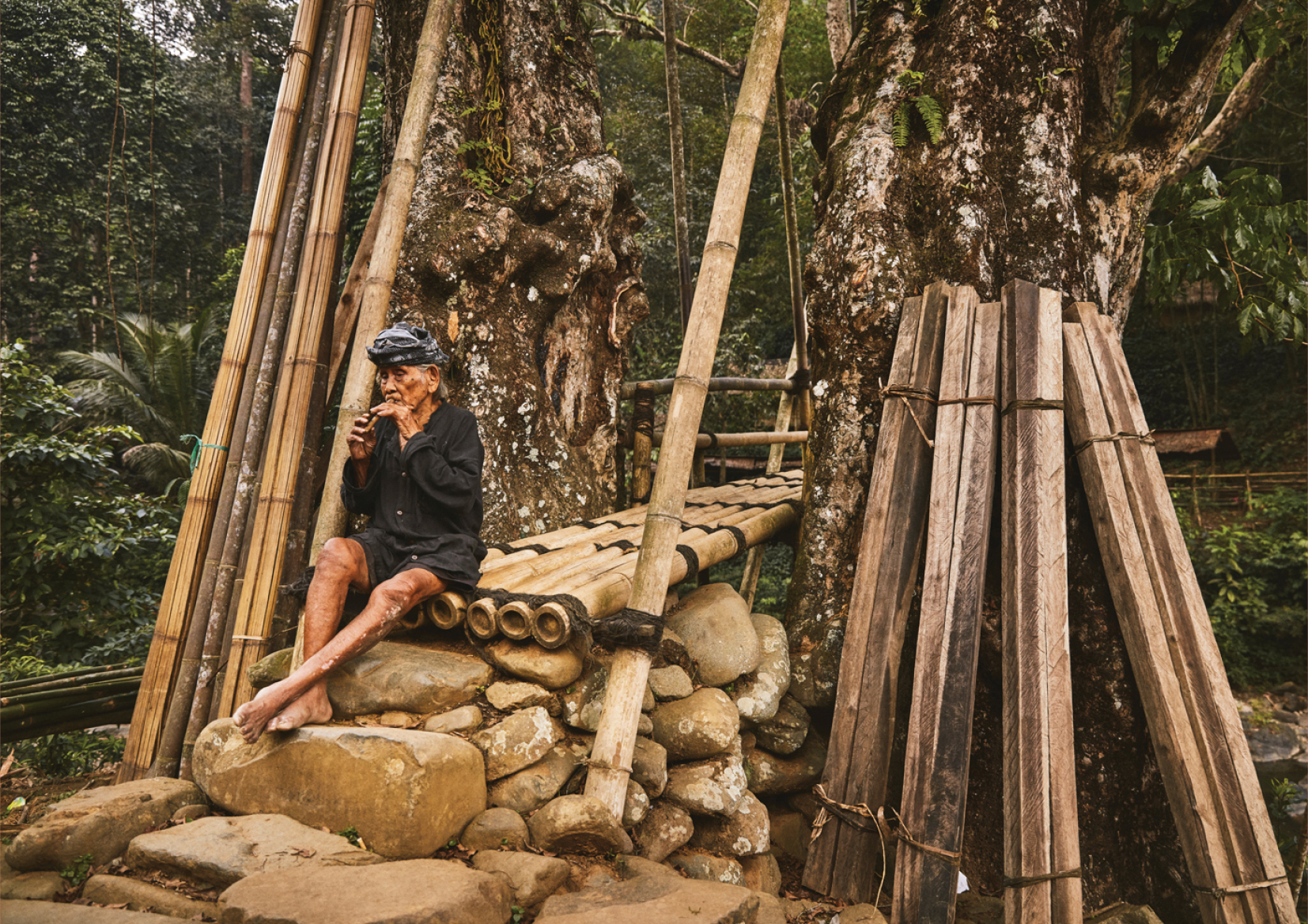