It’s just a simple tube of cotton with two smaller armhole tubes poking out to make a ‘T’ shape but in its hundred year history it has progressed from a working man’s undergarment to become the most common item of clothing on the planet. Gracing the torsos of US Presidents, film star legends, rock gods, and become a walking billboard for political protestors, social commentators, punks, hunks, graphic artists, and witty jesters both serious and obscene.

The humble T-shirt has transcended fashion trends, crossed all social barriers, and become a staple clothing item for much of the world, rich and poor, with an estimated 2-billion produced each year.

The defining moment for the T-shirt as an essential item of men’s clothing came in 1951 when it leapt on to the world stage, sweat stained and clinging to the muscular torso of the rough, tough, tortured, anguished, mumbling, macho and violent, Stanley Kowalski, as portrayed in an electrifying performance by Marlon Brando in the film ‘A Streetcar Named Desire’.

The t-shirt had for decades adequately fulfilled its function as a utilitarian undergarment for millions of men but it was Brando’s smouldering physical presence that gave it sex appeal and sales soared.  Two year’s later Brando did it again – leather biker-jacket-clad over a ‘t’ he roared into town as ‘The Wild One’, creating the template that countless rock’n’rollers have modeled themselves on to this day.

The T-shirt was on a roll but if Brando was a little on the mature side for the emerging consumer powerhouse called teenagers, in 1955 the phenomenon that was James Dean, the ‘Rebel Without a Cause’, exploded onto the screen. ‘Misunderstood’, his mumbling angst ridden performance in windcheater and T-shirt captured the imagination of 1950s youth and then, before his image could tarnish, he died in dramatic fashion at the wheel of his Porsche Spyder. He lived fast, died young – and did it in a T-shirt.

For much of the 19th century, and well into the 20th, men’s underwear was long in arm and leg, usually in the form of a ‘onesie’, and made from heavy flannel or wool. As is so often the case with men’s clothing it was the military, in this case the Navy, which, seeking a more practical undergarment for its ratings, spurred the creation of a T-like vest.

By 1913 the US Navy had specified a ‘cropped’ sleeve, ‘crew neck’ undershirt for its sailors, still however made from heavy, and itchy, flannelette. When US troops entered the First World War in 1918 they noticed that the French soldiers were wearing a much lighter and, crucially, easier to dry cotton undershirt. Back in the US, then the world’s largest producer of cotton, the T-Shaped vest soon took on its definitive form. Nobody knows who coined the term ‘t-shirt’ but its first appearance in print is credited to F Scott Fitzgerald in his debut novel ‘This Side of Paradise’, published in 1920.

It took another World War to popularize the T-shirt as an acceptable outer garment. The US Quartermaster’s ‘Mill Spec’ summarised it in its minimalist essentials, ‘Lightweight flat knit white cotton undershirt, high neckline, 5in sleeve with ¾in hem, ¾in band of self material stitched around neck opening, 7/8in hem at bottom. Originally specified in white, the military soon switched to khaki as it made soldiers less conspicuous to the enemy.

By the end of WWII more than 12-million Americans were in the armed forces and wearing a Government Issue T-shirt. Back in civilian life many ex-servicemen found the relaxed military combo of chinos and a T-shirt too good to abandon – particularly in the clement climbs of California and a style was set that has remained a template for men’s casual wear to this day.

It is thought that the first use of graphics on a T-shirt was the word ‘OZ’ on green shirts in a scene in the 1939 film ‘The Wizard of Oz’, closely followed on to the cotton by Mickey Mouse. But the true potential of the T-shirt as a mobile billboard was realized in July 1942 when a muscular machine-gun toting hunk stretching the seams of a T emblazoned with the legend and logo of Nevada’s ‘Air Corps Gunnery School’ filled the cover of Life Magazine.

It’s impossible to calculate how many graphically embellished shirts have followed in its wake but the most enduring image to appear on a t-shirt must be that of Argentinian-born Marxist revolutionary and hero of the Cuban revolution, Che Guevara. In 1967, at the time of Che’s grizzly death in the Bolivian jungle, Irish artist Jim Fitzpatrick ‘Andy Warholised’ a photograph of Che taken years earlier by Cuban photographer Alberto Korda and produced a series of two-tone posters. Soon the image, already appropriated from Korda, was being further exploited and reproduced on what continues as a fifty-year run and seemingly never-ending series of T-shirts.

Women were not excluded from the T-shirt phenomenon and none have looked better than Jean Seberg, Jean-Paul Belmondo’s impossibly chic cropped-hair girlfriend in the 1960 French ‘Nouvelle Vague’ movie ‘A Bout de Souffle’ (Breathless) – irresistible and timeless in a ‘New York Herald Tribune’ T. Also, with women in mind, one shouldn’t overlook the T’s somewhat dubious contribution to Western culture in the form of the ever-popular wet T-shirt contest.

Perhaps surprisingly, given the infinite variety of printed T-shirts in the world, classic plain white remains the biggest seller – and unbeatably cool. 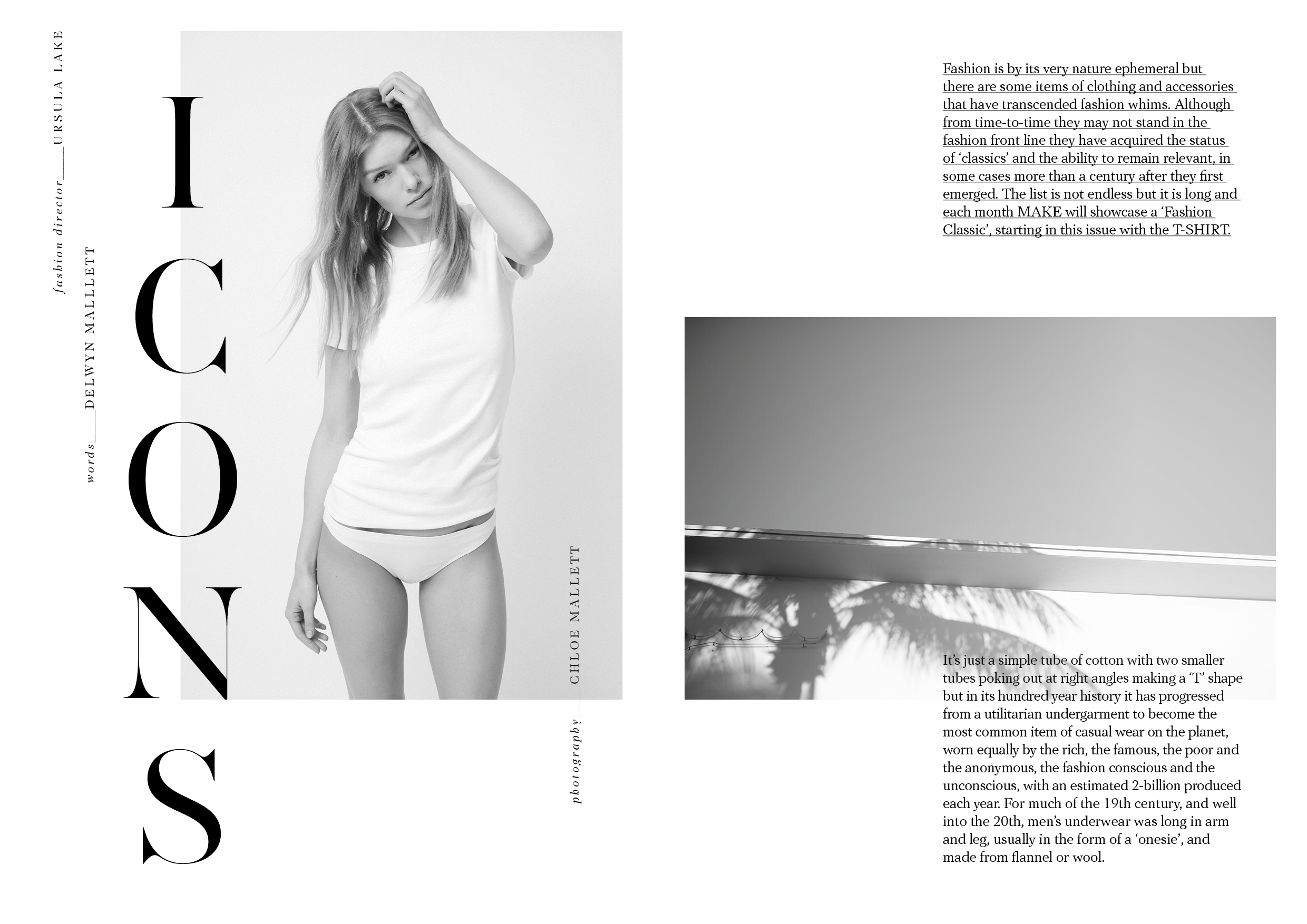 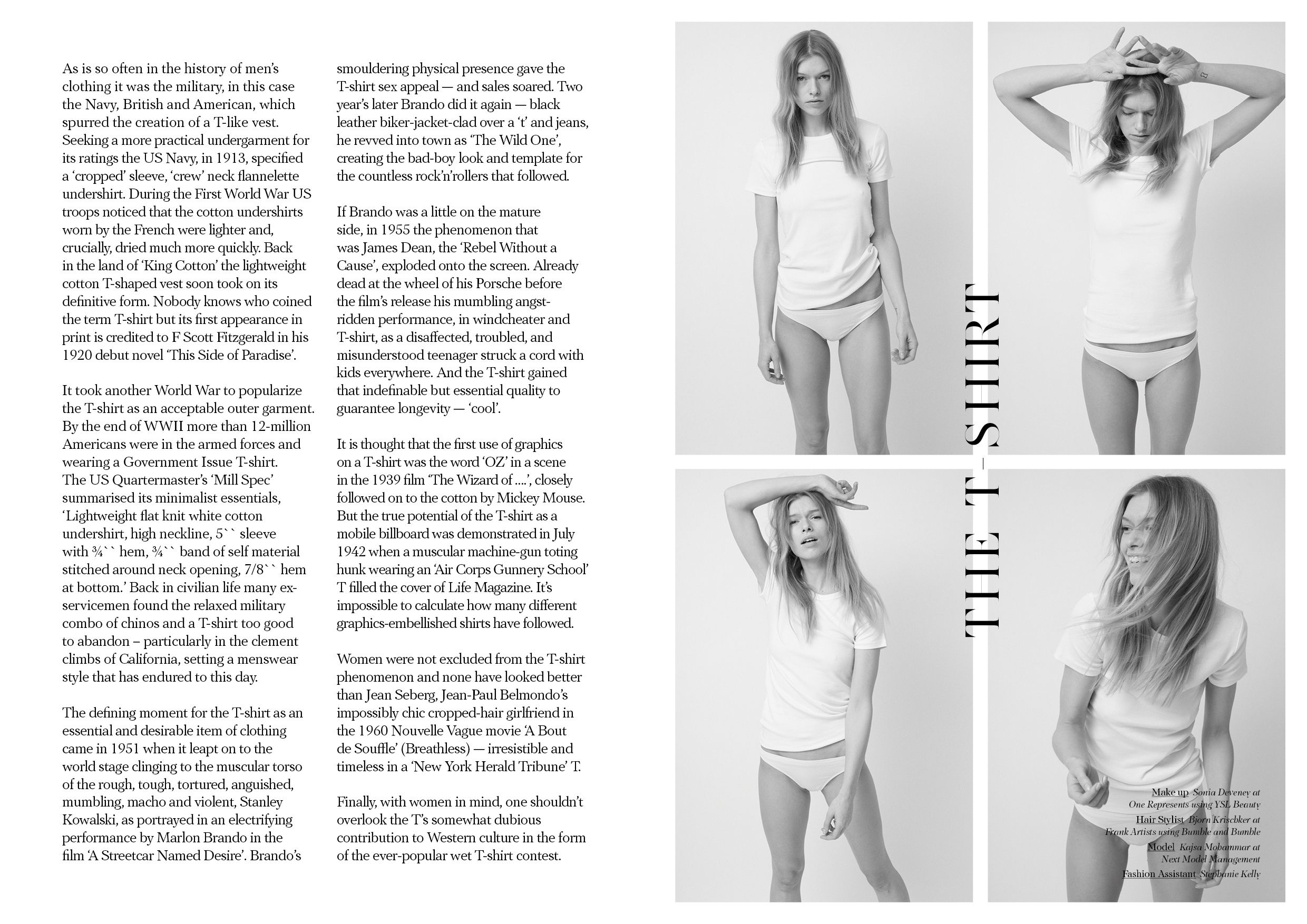 Photographer: Chloe Mallett at One Represents 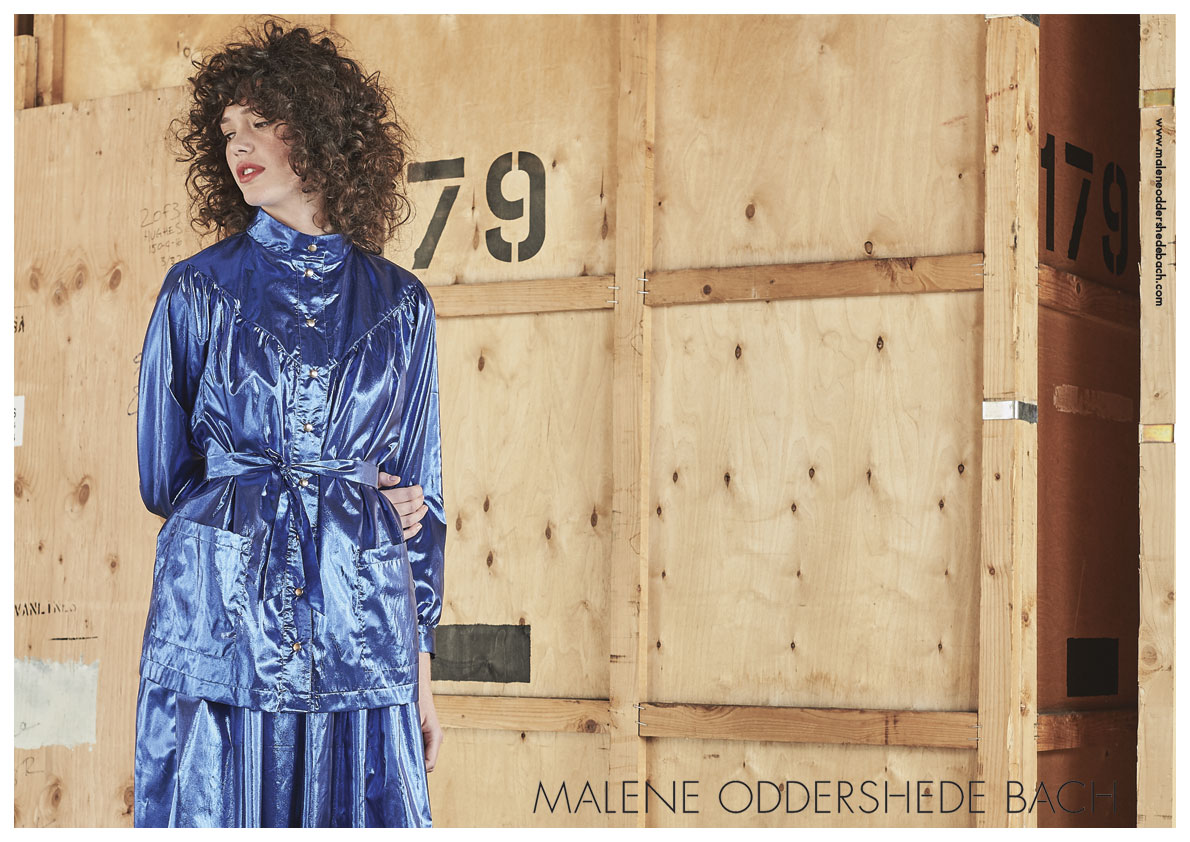