Words and photography by Benjamin Kulo

Sicily conjures up many images to the mind. It is the largest and most centrally located island of the Mediterranean, nearly equidistant between Lebanon and Gibraltar.  Through its history, it has been conquered and inhabited by a vast array of people. Phoenician, Greek, Roman, Vandal, Byzantine, Islamic, Norman, and Spanish have left their cultures behind which merged through time into the complex land of today.

Architecture, art, and food are what Sicily is famous for.  One wonders then, why not the same for wine.  Sicily has a near perfect climate and a history of wine production that is the oldest in Europe, dating back 6000 years. After WWII, to improve the economy, the traditional methods of agriculture were dropped and replaced by modern chemical farming.  Agribusiness was ramped up to compete with the industry of northern Italy.  The local grapes were produced in bulk to be blended with grapes from other regions then to be sold in export.  Additionally, varietals like Merlot and Cabernet were brought in for mass production because those were the grapes that were well known internationally.

This is the way wine was produced in Sicily until the beginning of the 21st century when a few growers took a new approach to winemaking.  Chief among them is Arianna Occhipinti, the wine prodigy who produced her first vintage at the age of 21, in 2004.  Since then, she has become known in the winemaking world for her method.  Occhipinti is a winemaker that celebrates the minerals, the soil, the climate, and the biodiversity of the area in her winemaking.  While she cares deeply about sustainability and organic practices, Occhipinti’s process is really so much more than that. Arianna feels a deep love and respect for her native land in which she cultivates, and considers her wine ‘a human wine’.   She emphasises traditional, conscientious viticulture, that aims to bring out the essence of the local grapes and terroir.

The grapes native to the region are Frappato and the slightly more well known Nero d’Avola.  The Nero d’Avola is a full-bodied, dark and fruity, but dry wine., while the frappato is a lighter, fresher, more floral and summery red.  Together, they combine to make the DOCG recognized Cerasuolo di Vittoria (DOCG is the classification system for Italian wines and they are the set of rules for each wine region).  The Cerasuolo di Vittoria has been established to represent the best of the region.  Occhipinti produces one DOCG vintage, the ‘Grotte Alte’, to participate with the promotion of the region.  However, because of her winemaking ethos and her general anti-establishment approach, she prefers to focus on the development of the varietals, especially the under-utilized frappato.

Development begins with the cultivation and seasoning of the terroir.  Some of the vines on her estate existed previously but were treated with more commercial growing techniques, irrigation, fertilizers and machine harvesting. However, the older vines are still good but all of those techniques have been abandoned. The natural method of viticulture tends to produce lower yields.  Without chemical fertilizers or irrigation, the vines work harder, but that toil combined with the arid limestone soil is what provides the complex mineralogy that the region is known and celebrated for.

Visiting Azienda Agricola Arianna Occhipinti, one can see how this more sustainable method of production all comes together. Driving through the countryside, en route to the estate, the sides of the roads, the rolling hills and rock walls are covered in the most vibrant wildflowers. Arriving at the estate, we noticed was that among the rows of grapevines, this same tapestry was repeated; wildflowers grew unabated. They attract the helpful insects, including bees, without interfering with the handpicking of the vines at harvest. Normally, the rows would be bare to allow the harvesting machines access to the fruit.  That is not necessary or desired here.

For the newer plots where vines will be planted, wheat is grown for three years first. This seasons the soils and contributes to the green fertilizer that is used on the estate. Citrus and olives trees are also tended amongst the grapevine parcels. This biodiversity isn’t just for the sake of the wine, marmalade, olive oil, and pasta are other tasty items the estate produces. The estate’s rustic beauty is unlike the more perfectly groomed wineries one often visits, but one gets a sense that true biodiversity is at work and a wine is being produced that is wholly connected to the place from which it has come.

Leaving Azienda Agricola Arianna Occhipinti was hard but made easier by the thought of the case of wine in the boot of our car.  We were headed back to Modica, the baroque town we had made our temporary home.  A stay in Modica is the perfect complement to wine excursions in this part of Sicily.  It fits the part of ancient history and culture. As Sicily is the originator of wine in Europe so Modica is the birthplace of chocolate in Europe.  It is one of those towns where you ask, how did they possibly build this place, as it’s nestled inside of a steep gorge.  Also, why did they build here, when there were flat sections 10 km away? When you return to your home carved out of a limestone cliff, and you uncork your “Occhipiniti SP 68” you understand.  You have the most perfect view and setting to contemplate those Phoenicians, Byzantines, wildflowers and bees.

Arianna had remarked to us that Goethe had said: “Substance is nothing, what counts is the gesture by which they are made.” And the first thought that I’ve learned from wine making it was to accept. Accept the diversity of soils, the slope of the ground, the altitude, and the originality of a vineyard. To accept means to respect. To respect the earth and its balance. Respect the vineyard with skilful gestures of sensitive agriculture and to respect the fermentation through the use of local yeasts. Respect the wine as if it was a person. A person who takes with him or her, a world, a history, an atmosphere.” 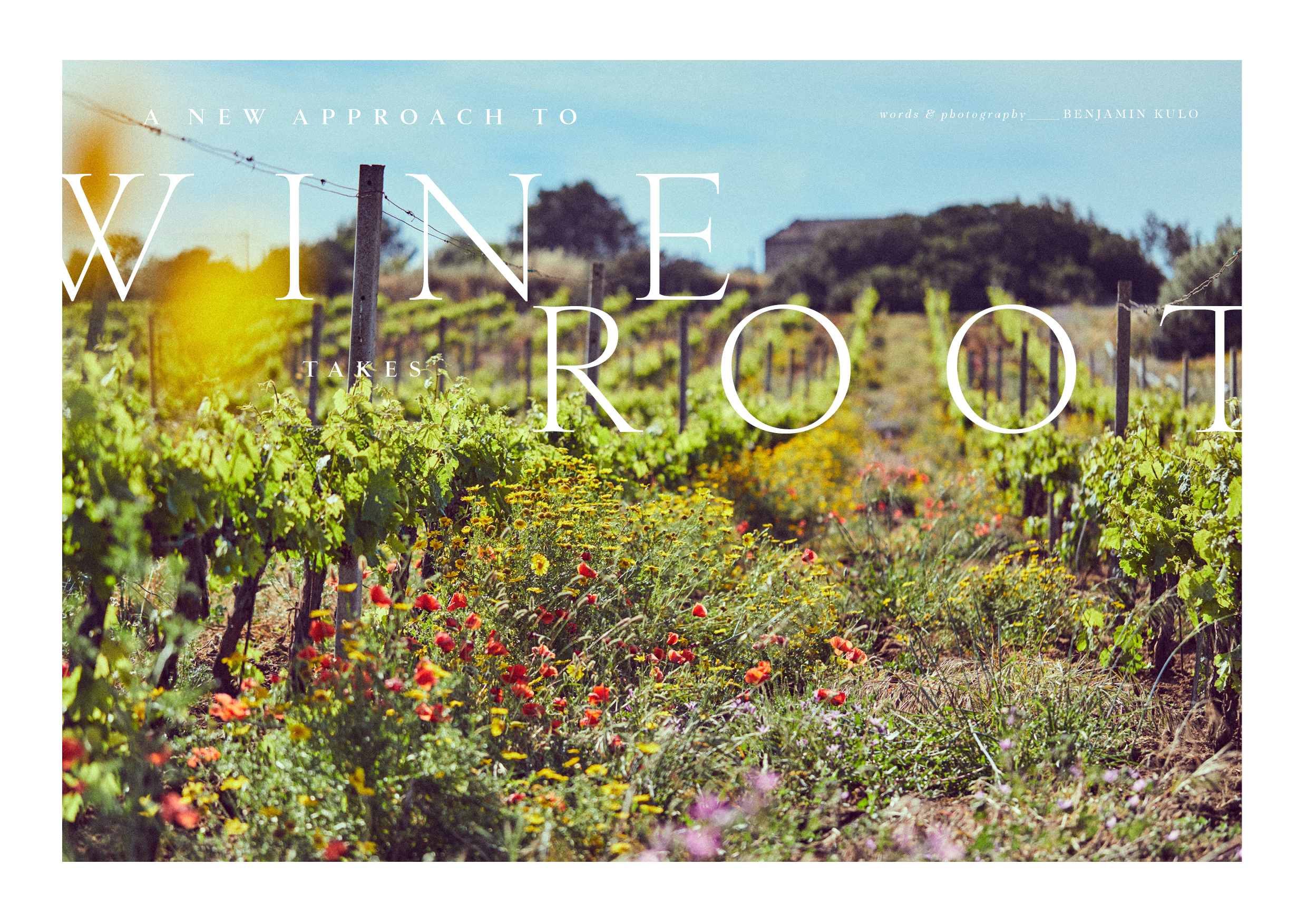 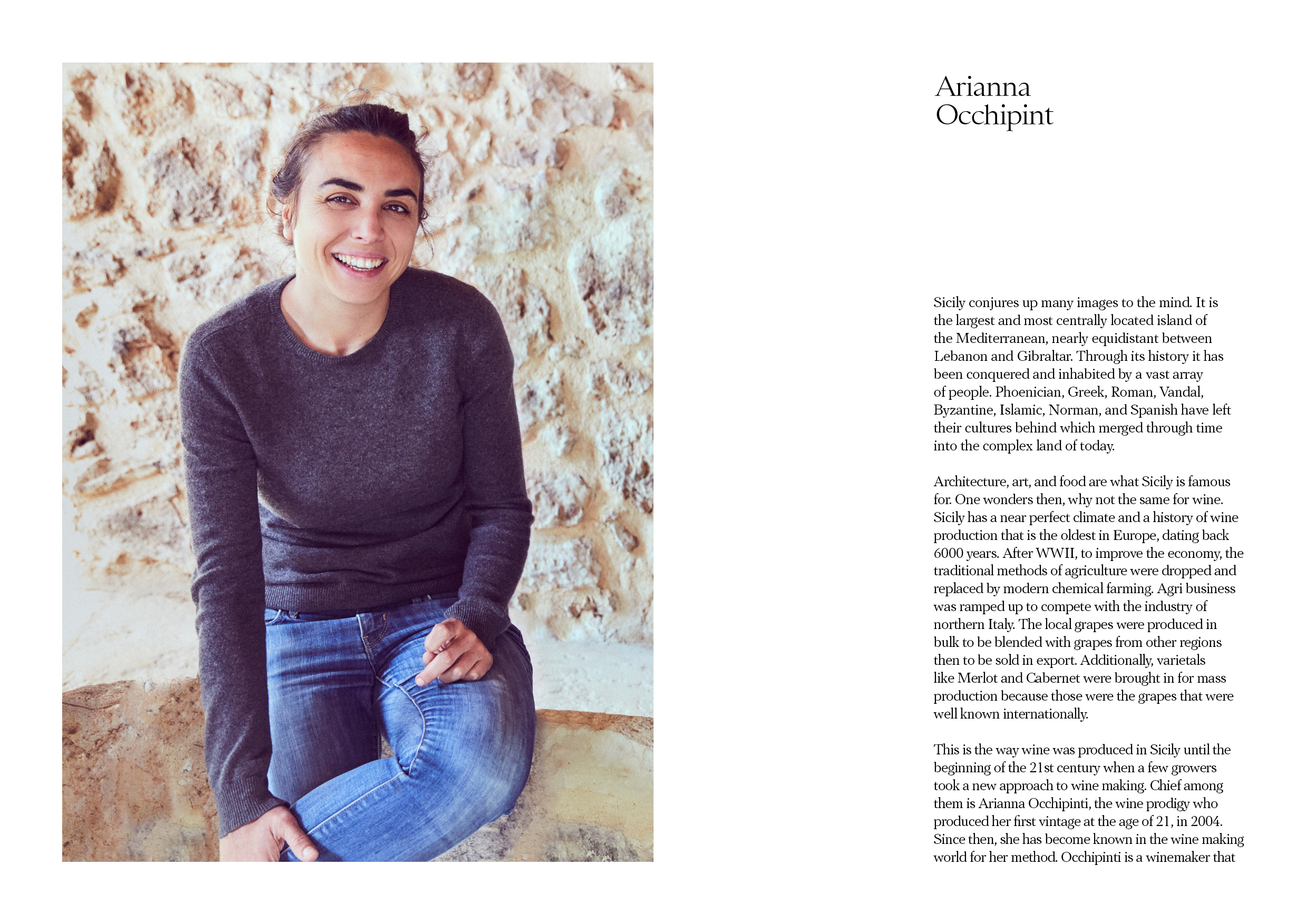 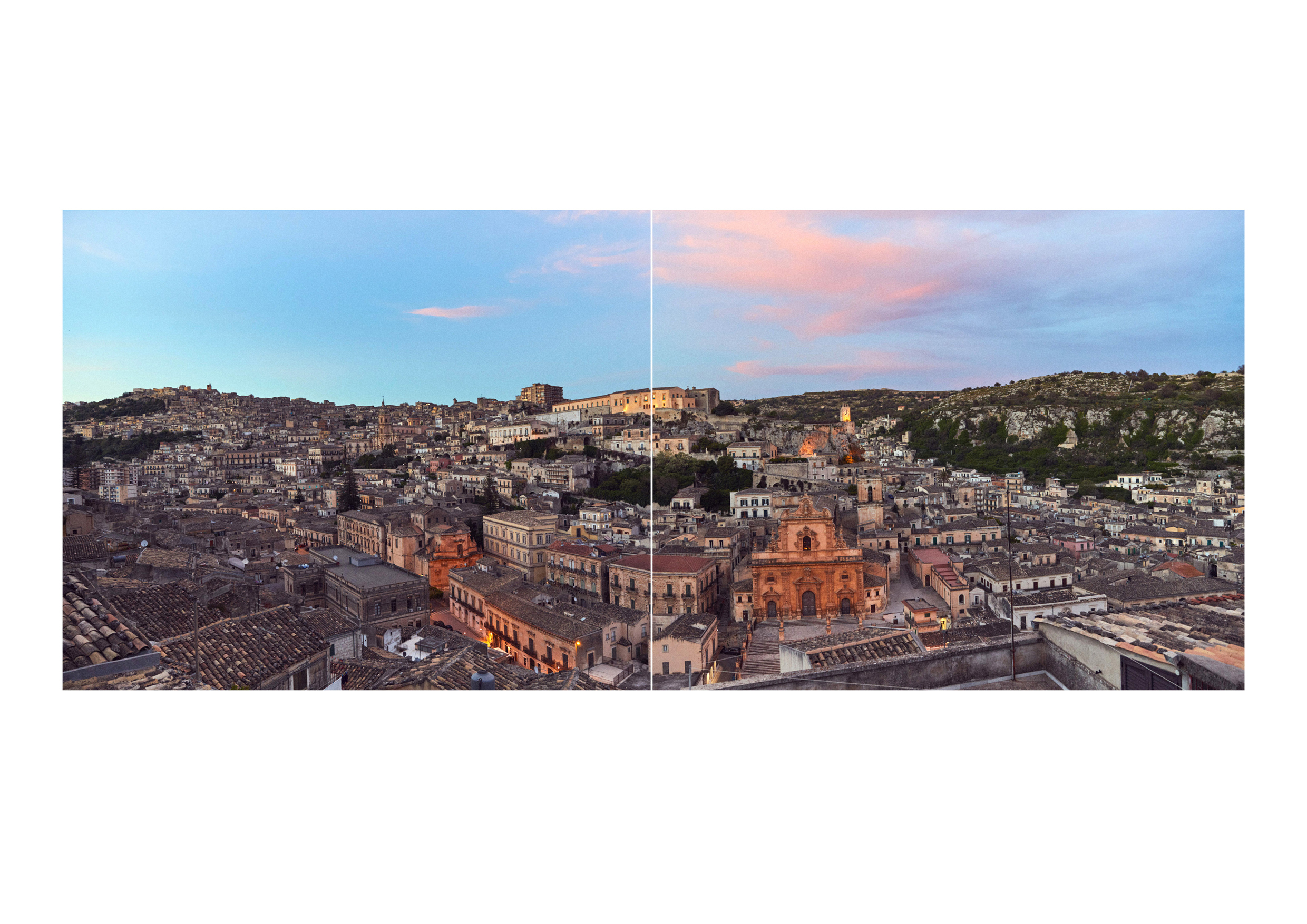 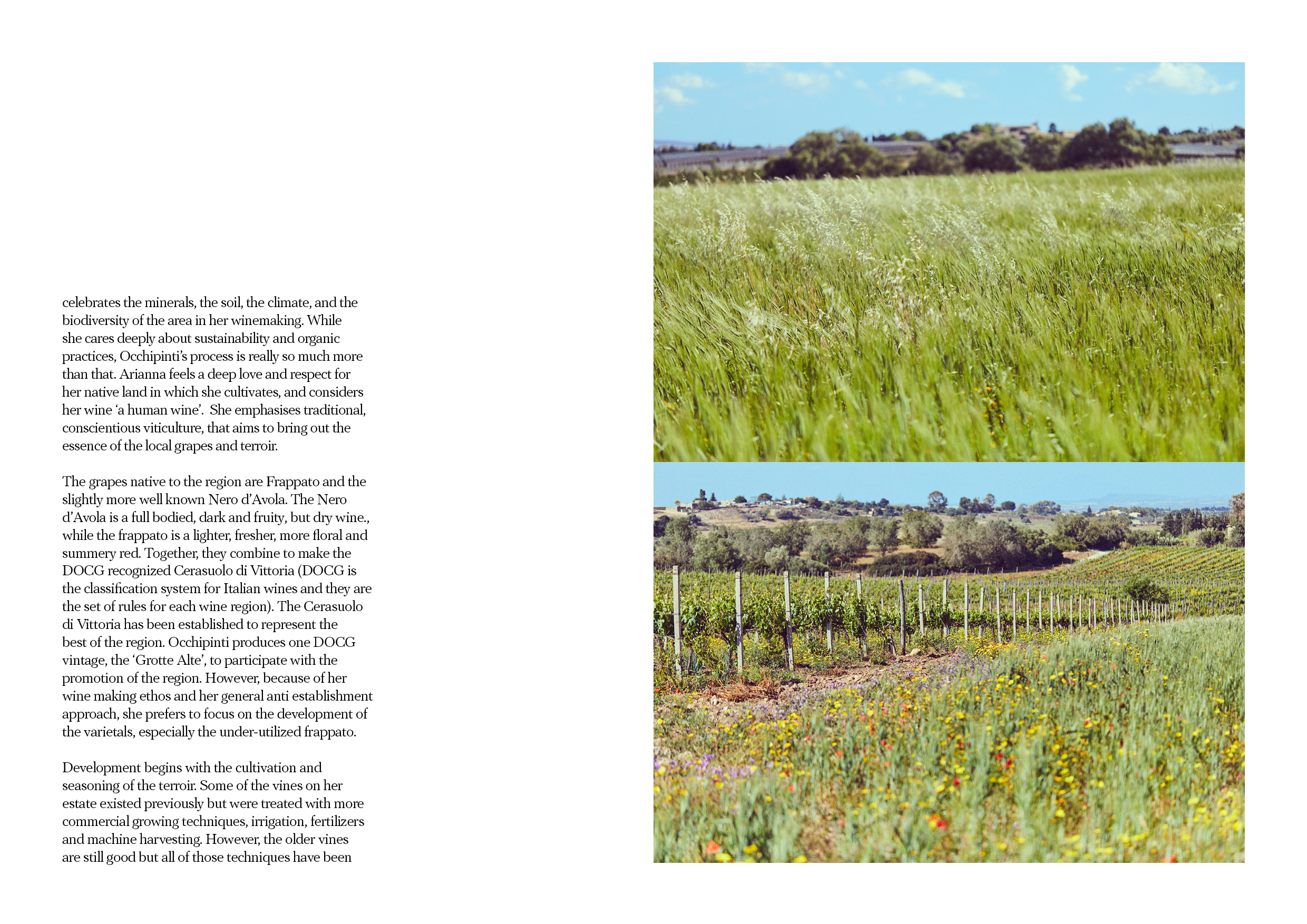 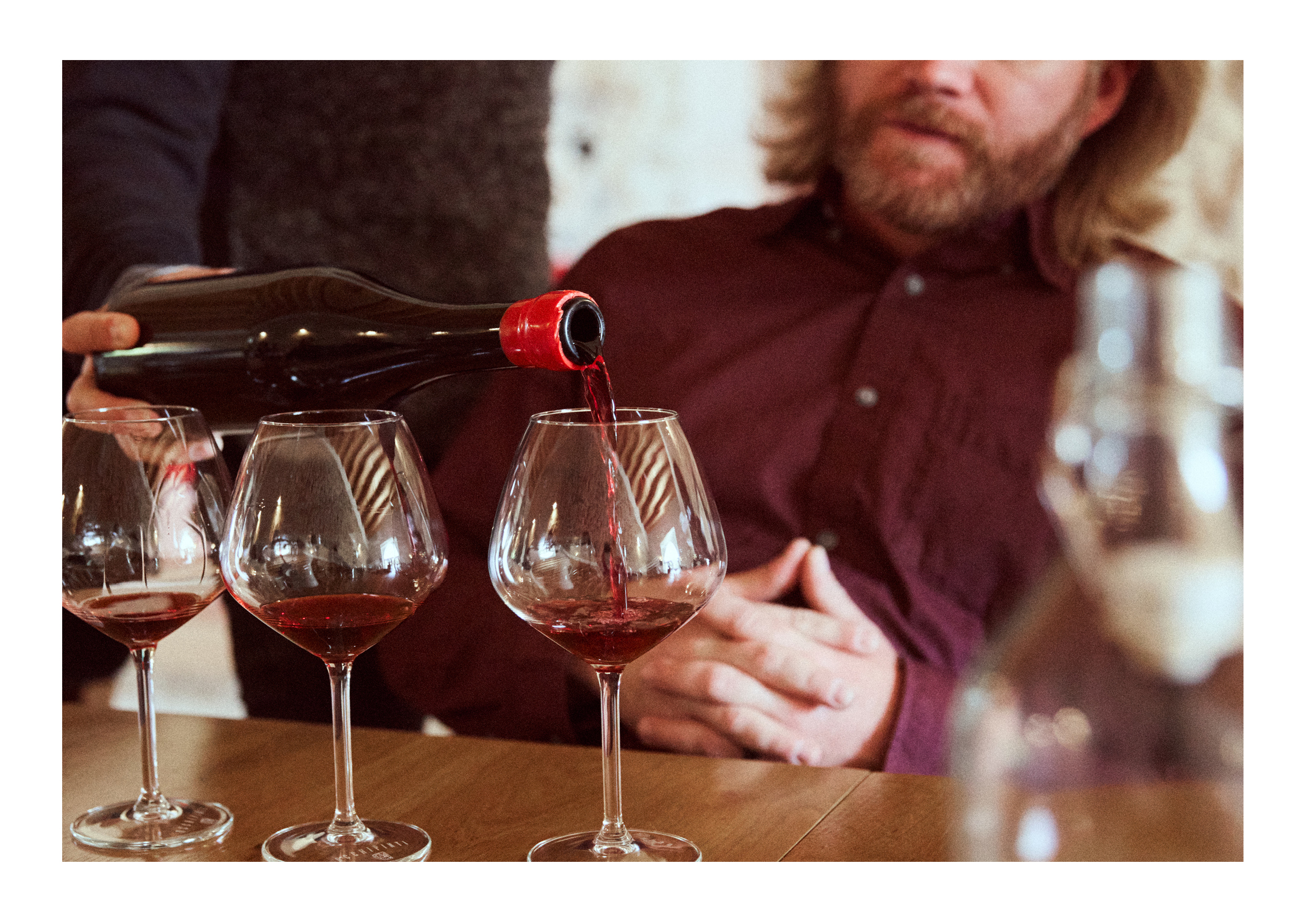 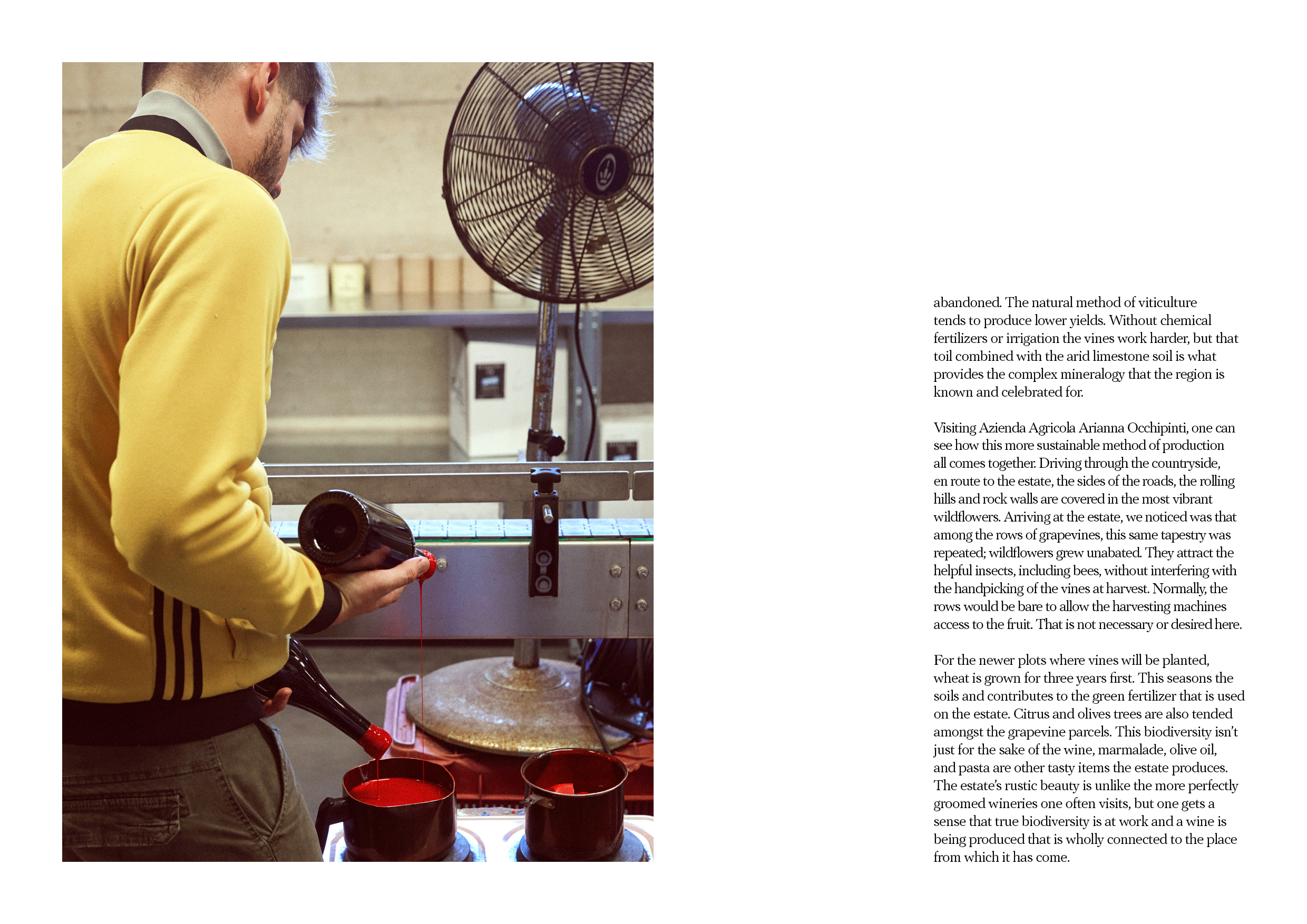 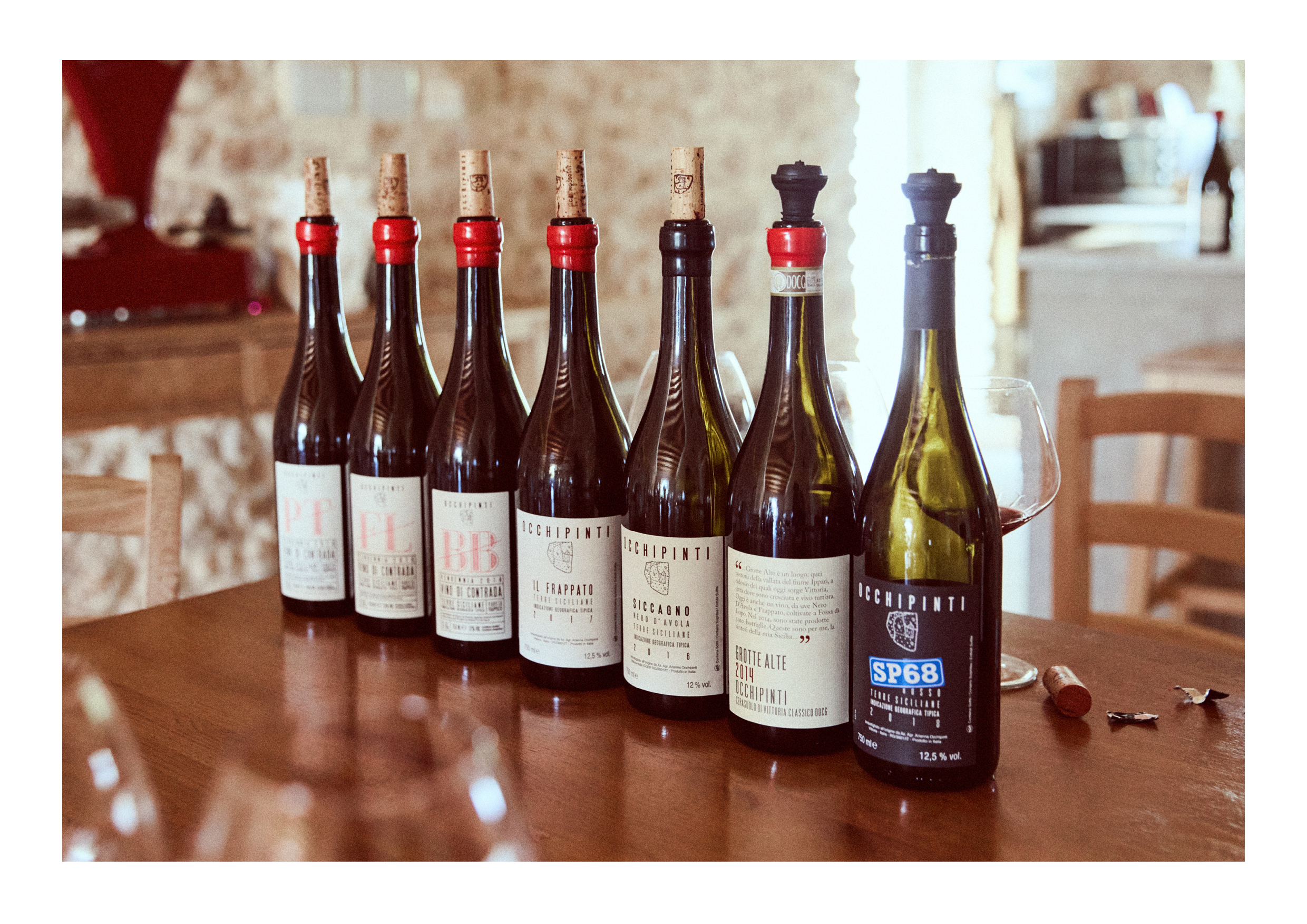 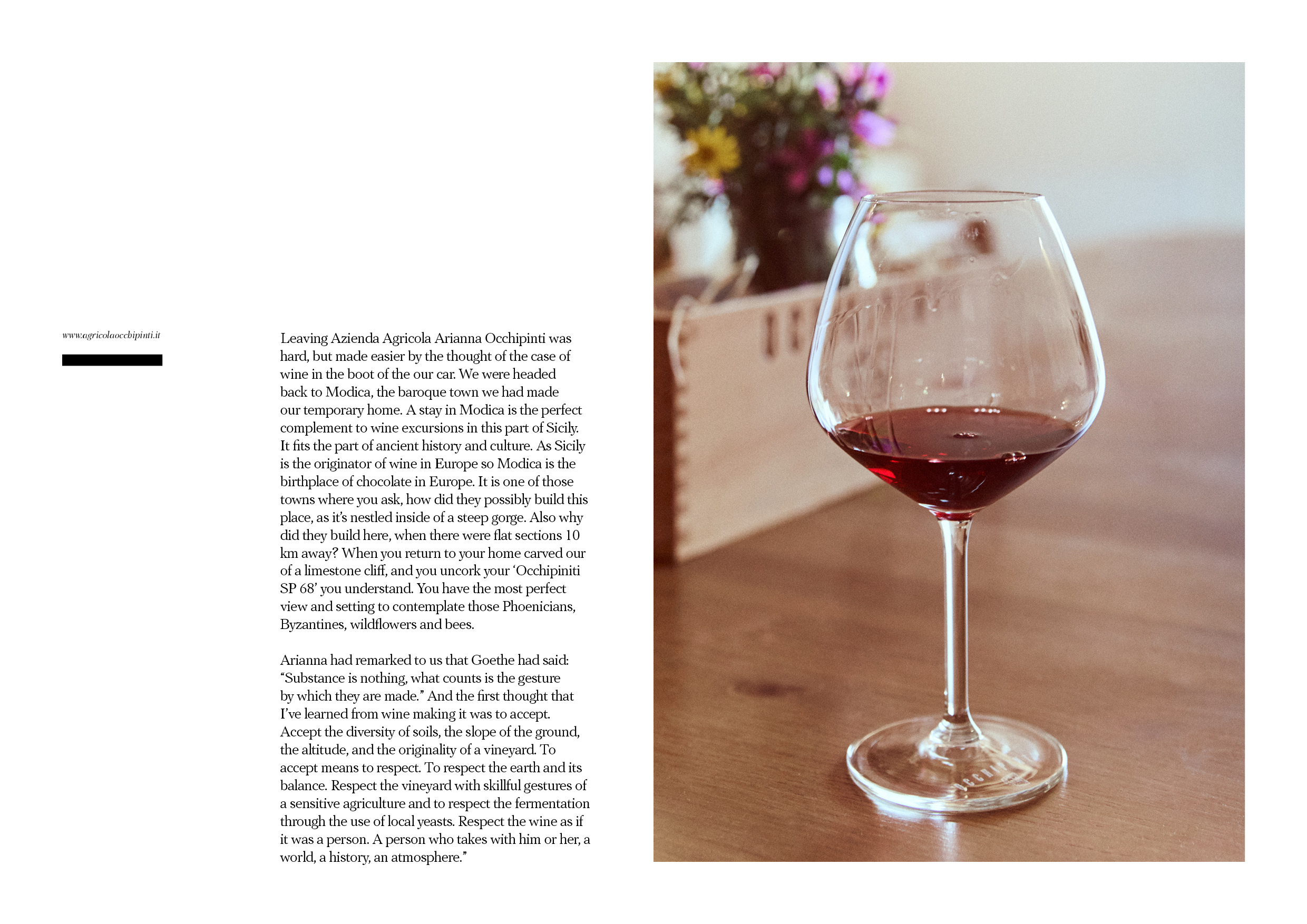